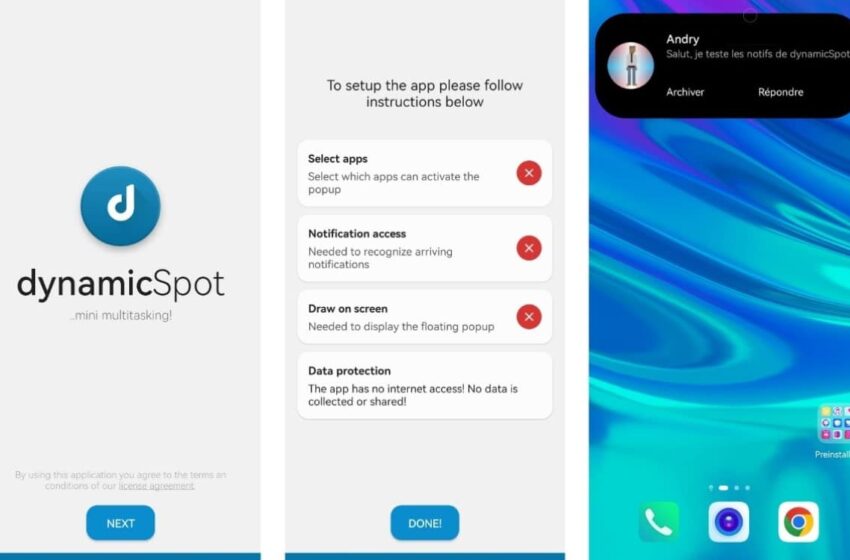 The Dynamic Island of the iPhone 14 on Android, it’s possible with this app

A developer offers a version for Android of the already famous Dynamic Island of the iPhone 14 Pro.

Reviews are raining on Apple’s iPhone 14. Not revolutionary, overpriced, camera is buggy. Say what you want about the latest smartphones from the Apple firm, but there is a novelty that everyone wants: the Dynamic Island, a new kind of notification bar. The latter is already being emulated by Android developers. A regular XDA Developers contributor has already programmed an equivalent of the small island of the iPhone 14 Pro for Android devices. The app is called dynamicSpotit is free (the pro version is paid) and without ads.

dynamicSpot allows all Android smartphone users to enjoy the same experience as iPhone 14 Pro and iPhone 14 Pro Max owners. It will cost them infinitely less, because let’s remember, an iPhone 14 Pro costs at least €1329 in France, while the Jawomo application costs only €3.99 or nothing at all if you don’t want to take advantage of all additional features.

Although the app is still in beta, it is already fully functional. The developer is totally listening to users and will gladly receive all feedback on the dedicated XDA forum. We note with pleasure that dynamicSpot is easier to customize than the original Dynamic Island. After its installation, you will have to specify which notifications to monitor so that the application intercepts them and formats them in its own way. You will also have to choose which applications can generate a notification. The app is compatible with music apps, with timers and other alarms, and even with mapping apps.

It is also possible to customize the appearance of the dynamic island. Vertical position, horizontal placement, dimensions of the notification bubble or its roundness. In itself, all these features are already very interesting, but if you want to push the customization experience even further, do not hesitate to support the developer and get the Pro version. This will allow you, for example, to see dynamicSpot notifications directly from the locked screen. Note for the most security conscious that although the app requires almost total access to all the rights of your device, its developer claims thatno data is collected or shared. Jawomo is a recognized member of the XDA Developers community, which is normally a guarantee of reliability.