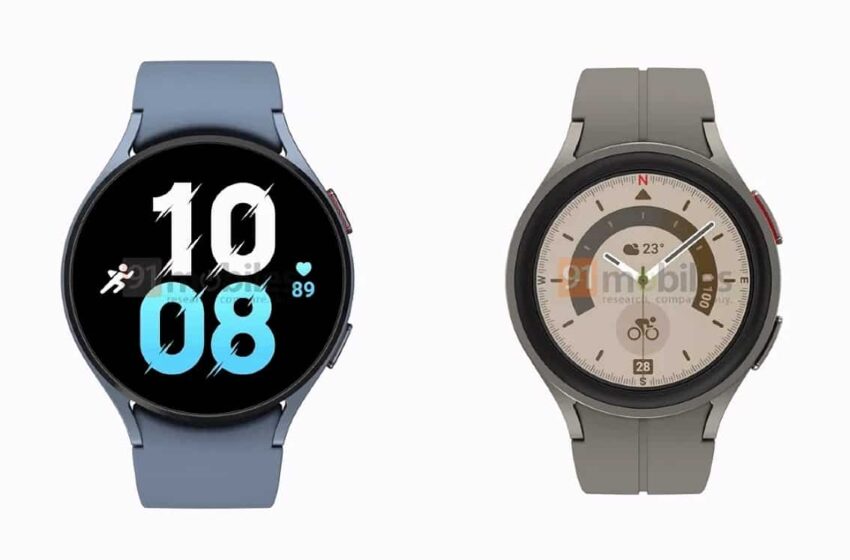 The Galaxy Watch 5 Pro would offer 3 days of autonomy, a record under Wear OS

The Galaxy Watch 5 Pro arrives in just a few days, and we already know that the Samsung watch will offer autonomy never seen before under Wear OS, since it can last up to three days on a single charge.

On August 10, Samsung will officially lift the veil on two new foldable smartphones, but above all on two models of connected watches, the Galaxy Watch 5 and Galaxy Watch 5 Pro. These have almost no more secrets, since we were able to discover their design a few days ago now, and we now know more about the autonomy of the most expensive model.

On Twitter, leaker Ice Universe shared some great news about the Galaxy Watch 5 Pro’s massive 572mAh battery, which is 60% larger than current models’ accumulators. According to his information, the new connected watch that will replace the Galaxy Watch 4 Classic will offer autonomy never seen before under Wear OS.

Many smartwatch models from Samsung and Fossil, among other brands, hardly reach a full day on a single charge with Wear OS. Mobvoi’s TicWatch Pro 3 and Suunto 7 are exceptions to the rule, offering two days of battery life without charging. Now we know that the Galaxy Watch 5 Pro should do a little better.

Ice Universe announces that the Galaxy Watch 5 Pro would offer a battery life of 3 days, much more than its competitors. The device will even be more autonomous than the Apple Watch, even if it is far from reaching the 14-day autonomy offered by several connected watches that do not use Wear OS. The Galaxy Watch 5 Pro is expected to arrive with Wear OS 3.5 and One UI Watch 4.5, which have likely received a lot of optimizations aimed at making the watches more durable.

The Galaxy Watch 5 Pro shouldn’t be the only connected watch of 2022 to offer such an impressive autonomy. Qualcomm recently unveiled a revolutionary new Snapdragon W5+ Gen 1 SoC, which promises to significantly increase the battery life of watches that use it. It will also happen on the next Oppo Watch 3, which is expected from August.

The battery life of the Galaxy Watch5 Pro can reach at least 3 days.