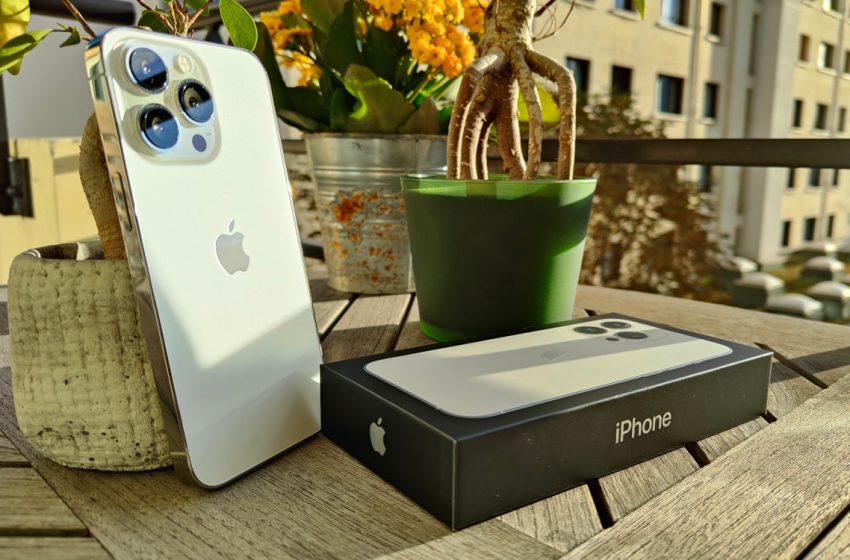 The iPhone 13 dominates smartphone sales in April 2022, far ahead of the competition

In April 2022, the iPhone 13 crushed everything in its path. Of the 10 best-selling smartphones of the month, this one takes the first three places. Apple even offers itself the luxury of taking fourth place with its iPhone 12. Samsung takes four places, including fifth with its Galaxy S22 Ultra.

We already told you a few weeks ago: the iPhone 13 are the best-selling smartphones in the world. The figures do not lie, and the latest published by Counterpoint Research confirm this inescapable fact. For the month of April, Apple has decided to take it all in with its latest smartphone. Just look at the podium to see the extent of the burglary.

It’s very simple, the first three ranks are occupied by the iPhone 13: the standard model in the lead, with all the same 5.5% of global smartphone sales, followed by the Pro Max versions (3.4%) and Professional (1.8%). Not content with already dominating the entire market with its latest smartphone, the Cupertino company even places its iPhone 12 in fourth place in the ranking.

Apple crushes the competition with its iPhone 13

Samsung will therefore have to settle for fifth place, which it obtains thanks to its Galaxy S22 Ultra. The Korean firm still manages to position three other of its smartphones, namely, in order of sales, the Galaxy A13, the Galaxy A03 Core and Galaxy A53 5G. Where the iPhones in the list represent 89% of Apple’s total sales, Samsung smartphones represent only 22% of the manufacturer’s sales, due to the latter’s more diversified portfolio.

Note that Apple places a last iPhone in the top 10, namely the iPhone SE 2022 in seventh place, which sold particularly well in Japan. Xiaomi, finally, completes the ranking with its Redmi Note 11 LTE, positioned in tenth place. In addition, Counterpoint notes an increase in sales of 5G smartphones compared to the previous year. In total, these 10 smartphones represent 21% of total market sales during the month of April. 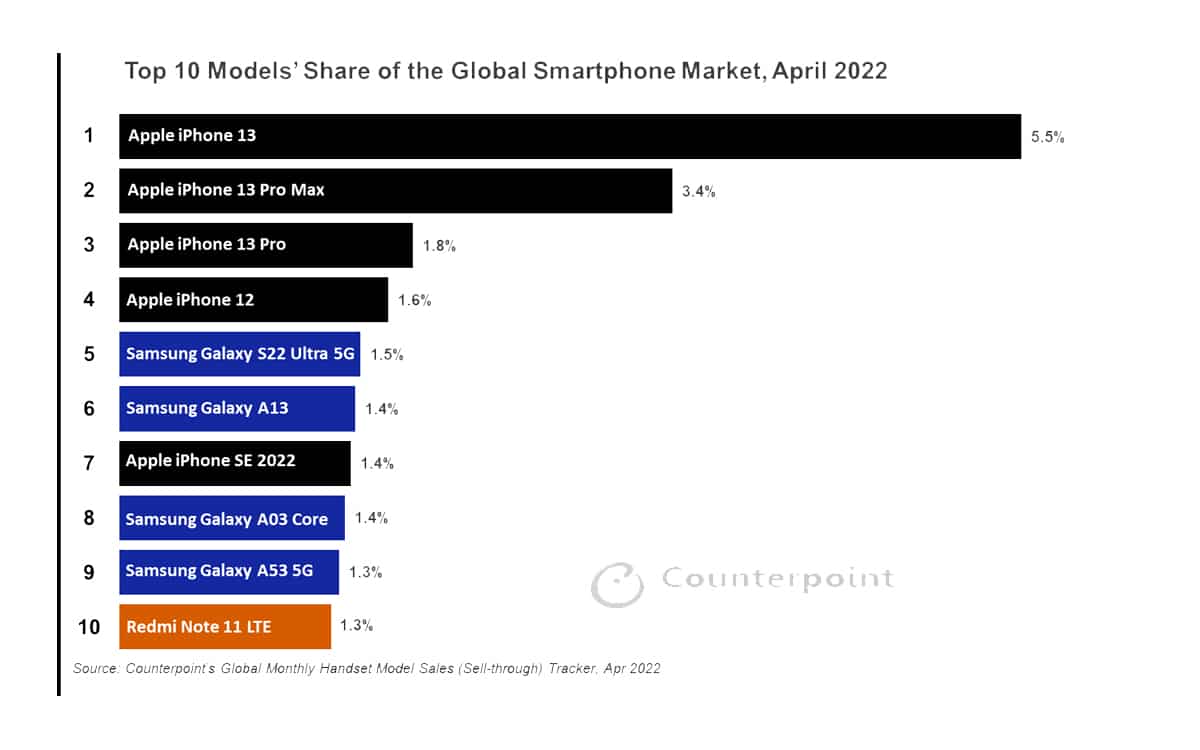