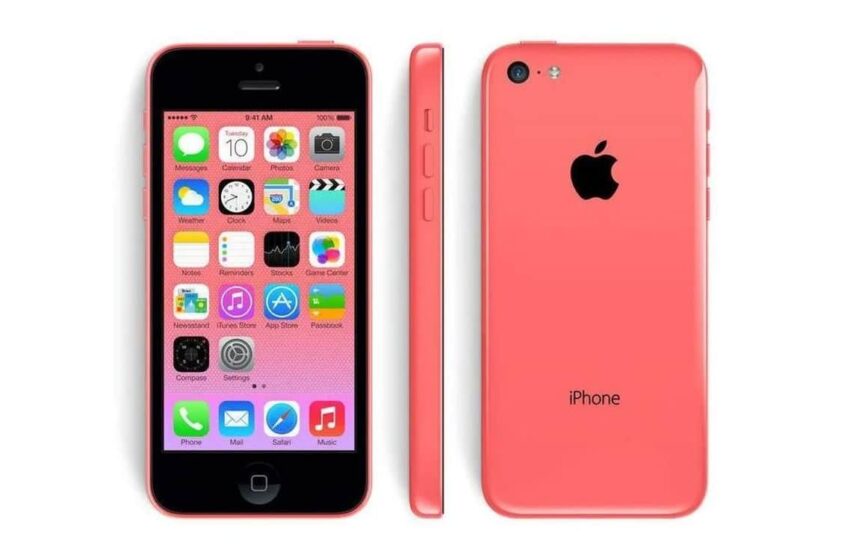 The iPhone 5c will become obsolete from November 2022

The iPhone 5c will be Apple’s next smartphone to join the manufacturer’s list of discontinued products. As a reminder, it was one of Apple’s most affordable iPhones thanks to its plastic design.

After iPhone 6 earlier this month and iPhone 6 Plus in early 2022, it’s coming soon the turn of the iPhone 5c to join the list of so-called “obsolete” products from Apple. Indeed, the Cupertino technology giant sent a memo to authorized service providers on Saturday informing them of the decision. Besides the iPhone 5c, Apple will also add the third-generation iPad mini with Wi-Fi and TD-LTE to its list of discontinued products.

As a reminder, the iPhone 5C had already been designated as “vintage” by Apple in October 2020, which meant that the company and its service providers could only provide certain repairs for the product, subject to parts availability.

The iPhone 5c was an iconic iPhone released alongside the iPhone 5s in September 2013. It was the first plastic iPhone, but above all to offer different bright colors including blue, green, pink, yellow and white. Its price as well as its colorful design have made it a resounding success. Since then, Apple has given it a successor, the iPhone SE, which is placed in the same segment.

Moreover, Apple should unveil a new iPhone SE model next year, which this time would be inspired by the iPhone XR with a 6.1-inch screen. Apple would therefore finally abandon its 16:9 format for a screen with a notch. This could be a good solution if you are looking to replace your outdated iPhone 5c.

” Products are considered obsolete when Apple stopped distributing them for sale more than 7 years ago. Monster-branded Beats products are considered obsolete regardless of when they were purchased “says Apple. Now that it has been classified as an obsolete product, service providers will no longer be able to order spare parts for this product, and therefore repair it. ” Apple is discontinuing all hardware service for obsolete products, with the sole exception of Mac notebooks which may receive an additional repair period on battery power only “.