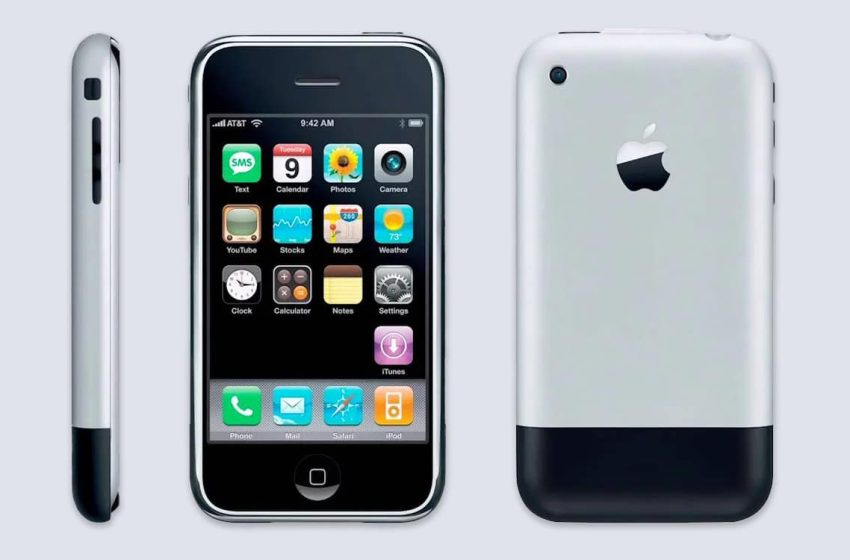 The iPhone celebrates its 15th anniversary: ​​a look back at a launch that changed the world … of telephony!

The iPhone celebrates its fifteenth anniversary on January 9. In 2007, that same day, Apple CEO Steve Jobs presented the brand’s very first smartphone. A launch that would revolutionize the concept of interface and applications. Since then, Apple has sold several billion smartphones, but has also inspired all the competition, especially Android at Google.

The first iPhone was clearly the starting point of a great revolution. A revolution that saw the light of day at the Macworld conference in San Francisco in 2007. Steve Jobs, who was in charge of all the presentations at the time, explained in the introduction that he wanted to integrate a phone function into your iPod in order to combine several technologies. However, this is not enough for him, he also wanted users to have a big screen in which to view their photos, surf the internet and much more. He then had the idea of ​​using a touch screen, which was more intuitive and more efficient. And that changes everything.

15 years ago, the iPhone changed telephony

From this idea therefore emerged the first true modern smartphone. A smartphone which celebrated its fifteenth anniversary this weekend. An event that took place this Sunday January 9, 2022. We are celebrating this anniversary in our columns because it has greatly contributed to making telephony what it is today. The smartphone concept already existed before with BlackBerry or Windows mobile. But the iPhone 12 introduced several important concept: fully tactile interface and application store. This is what will change the situation.

For a new kind of smartphone, the iPhone sold quite well at the time, with 6.1 million units sold between June 2007 and July 2008. It is however far from equaling the sales figures of its many successors. In comparison, the iPhone 6 and iPhone 6 plus sold at 222 million copies, the best score for iPhones so far. Despite this figure which may seem disappointing, the first iPhone paved the way for the following ones, making the iPhone the most popular products and placing its designer at the rank of essential multinational. More than two billion iPhones have been sold since 2007. And Apple is worth more than $ 3 trillion on the stock market.

Foldable iPhone: Apple could abandon the project despite several prototypes

This iPhone has also served as an example for other companies. It is thanks to the birth of iOS and this iPhone that competition was created. The best example is its direct competitor: Google Android. It doesn’t matter if we love iOS or not, we have to wish him a happy birthday, because he is the origin of what you hold in your hands (and what you read us with today)!