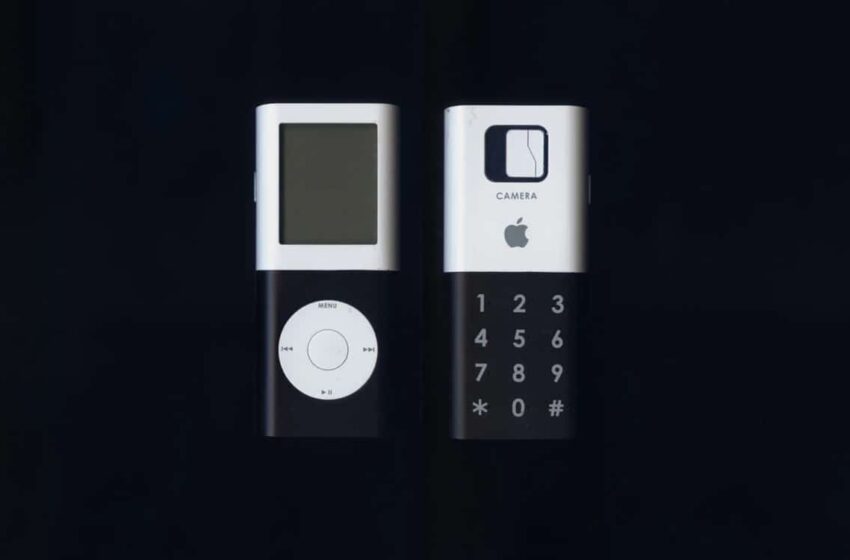 The iPhone was originally meant to be an upgraded iPod, as this bizarre prototype proves

In his book Build, Former Apple engineer Tony Fadell reveals some interesting secrets behind the making of the very first iPhone. We thus learn that Steve Jobs initially wanted to transform the iPod, which was a phenomenal success, into a smartphone via an ingenious pivot system. The teams spent weeks convincing him that was not possible.

The story behind the creation of the first iPhone is now famous. When the iPod was in its heyday, Apple attempted to partner with Motorola to integrate iTunes into the ROKR E1. But the contract was never signed, which reinforced Steve Jobs in the idea that Apple should launch its own smartphone. What is less known is that the founder of the apple brand was convinced of a somewhat eccentric idea that no one around him approved.

Little throwback. Before its (theoretically) final death in 2017, the iPod was a huge success and propelled Apple to the rank of global giant. In addition to its revolutionary interface and gigantic storage capacity for the time, the iPod is especially popular for its design. Therefore, Steve Jobs is convinced that we must capitalize on this aspect to launch the iPhone. He then asks his teams to find a way to transform the walkman into a telephone.

An early prototype of the iPhone is actually a rotating iPod

For weeks, engineers racked their brains to find a thorny solution to this problem. A prototype then emerges from the lot. In appearance, this looks like a very classic iPod. By rotating its lower part, where the now iconic control wheel is, we discover a telephone keyboard. Add to that a camera sensor on the back, and you have a phone that could very well have been released in place of the iPhone in 2007.

On the same subject — Foldable iPhone: Apple could abandon the project despite several prototypes

Except that the prototype, which was actually built at the time, didn’t really work. “[Steve Jobs]really pushed us to make the iPod Plus Phone work”confides, Tony Fadell. “We worked for weeks and weeks to figure out how to enter with the scroll wheel. We couldn’t, and after the whole team was convinced we couldn’t, he said, “Keep trying!” »

Steve Jobs will eventually face the facts and then let his engineers design a whole new model of smartphone, separate from the iPods. Of course, this will become the iPhone we know today, with the Home key as the only button, which forever revolutionized the industry.