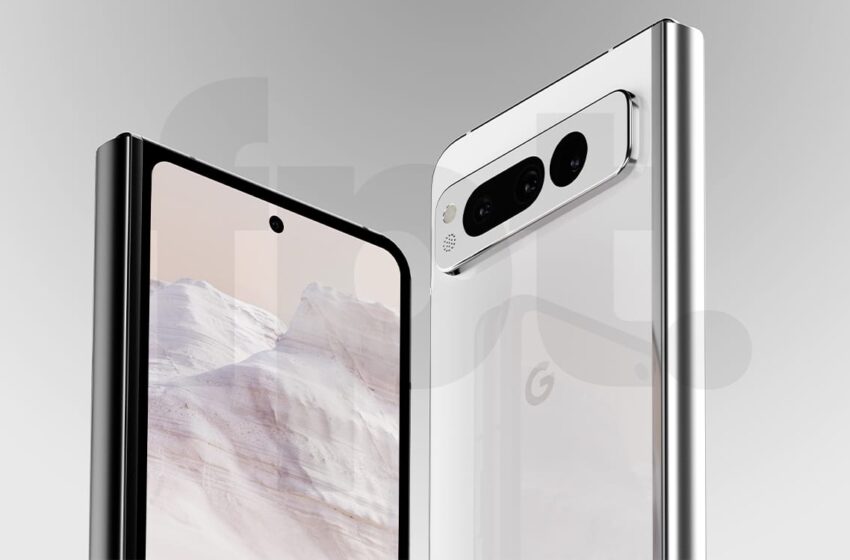 The Pixel Fold looks very different from the Galaxy Fold, we know its exact dimensions

We have been hearing about a foldable Google smartphone for several years now, and it could well see the light of day as early as next spring. Before the launch, a Youtubeur has already been able to take control of a model of the device.

We’ve had a good idea of ​​what Google’s first foldable smartphone, the Pixel Fold, will look like for several weeks now, thanks to renders by Jon Prosser based on a prototype of the device. Today, another Youtuber, Dave2D, has just put online a grip of a model of the smartphone, which is presumably quite accurate.

First, Dave2D tells us that the Pixel Fold is 5.7mm thick, which is still relatively thin for a foldable smartphone. The cover screen of 5.79 inches will offer an FHD + definition of 1080 x 2100 pixelswhile the internal screen will measure 7.67 inches with a definition of 1840 x 2208 pixels.

Inside, the youtuber remarks directly from chunky top and bottom bezels around the screen, which are not present on other foldable smartphones. It is likely that Google made this design choice to reduce the production costs of its device, and thus be more competitive against market leaders.

However, according to recent reports, the Pixel Fold would still be marketed at a price of 1799 dollarsor as much as the Galaxy Z Fold 4. Google will therefore have to bet everything on the internal components of the smartphone as well as the software to seduce its customers, rather than on the external appearance of the smartphone.

The cover screen is much wider than the Galaxy Z Fold 4 and is closer to the Oppo Find N2, which we were able to handle a little over a month ago now. This external screen therefore seems perfectly usable when the smartphone is folded, and the most important thing is that the whole screen seems to be accessible with one hand.

Finally, at the hinge level, Google also seems to have opted for a different approach from Samsung. Unlike the Galaxy Z Fold 4, the Pixel Fold will be able to close without creating an empty space in the middlewhich means the two parts of the screen will touch each other along their entire length. The fold in the middle of the main screen should therefore be quite invisible, but you will have to wait to be able to take it in hand to be sure.