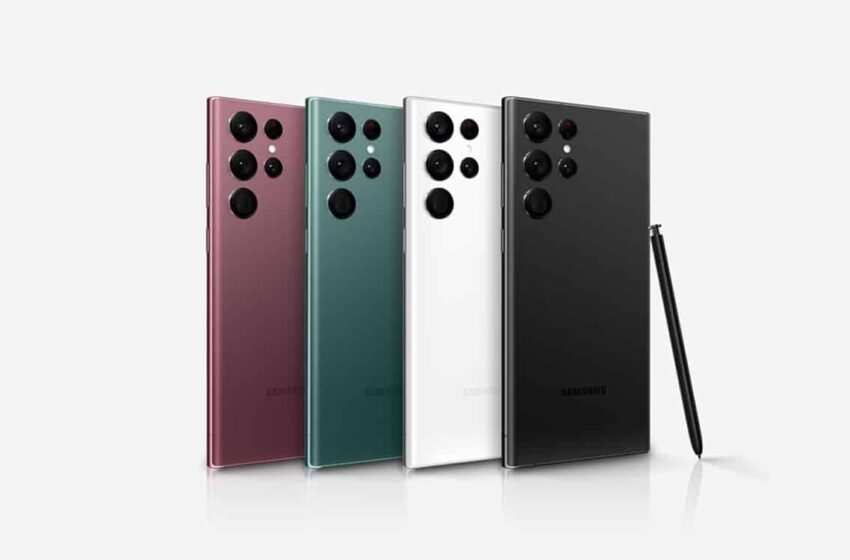 The Galaxy S22 Ultra is enjoying unprecedented success. However, according to the South Korean site The Elec, Samsung has decided to give priority to the premium smartphone, even if it means canceling the production of another smartphone: the Galaxy S22 FE.

As you may know, the S22 Ultra is very popular with users. Designed to replace the Galaxy Note in Samsung’s catalog, the South Korean brand’s latest premium smartphone has been emulated by many, since it has already sold more than 11 million copies worldwide.

The manufacturer had not recorded such performance since the Galaxy Note 8 in 2017, which had reached 10 million units sold. However, and according to our colleagues from the specialized site The Elec, Samsung has decided to give priority to its flagship, even if it means canceling the production of another smartphone, namely the Galaxy S22 FE.

This information comes from Samsung supply chain sources. According to The Elec, the Galaxy S22 FE has been shelved by the manufacturerthe objective being to reserve all the resources (in particular the electronic chips) for the manufacture of the S22 Ultra.

Visibly, the Seoul firm had planned to produce 3 million units of S22 FE, before changing his mind, preferring to dedicate the chips in his possession to the design of the S22 Ultra. However, the manufacturer would not have drawn a definitive line on the Fan Edition range, sincehowever, an FE version of the Galaxy S23 is reportedly planned for next year.

Samsung has learned the lesson of the S21 FE

In recent months, many analysts had already predicted the abandonment of the Galaxy S22 FE, in particular because of the global shortage of semiconductors. It should be remembered that the launch of its predecessor, the Galaxy S21 FE, did not take place in the best conditions. After multiple postponements related to the shortage, the smartphone finally arrived in early 2022.

Only and because of the additional costs generated by the lack of electronic chips, Samsung had no other choice but to deprive the S21 FE of its main selling point: its good value for money. For good reason, Samsung launched the device at the price of 759 euros, a higher price than the Galaxy S21! For consumers, it was therefore much more profitable to opt for an S21 (cheaper and offering better performance in photos and on the screen) than to turn to the S21 FE. It is likely that Samsung did not want to try the experiment again with the S22 FE.