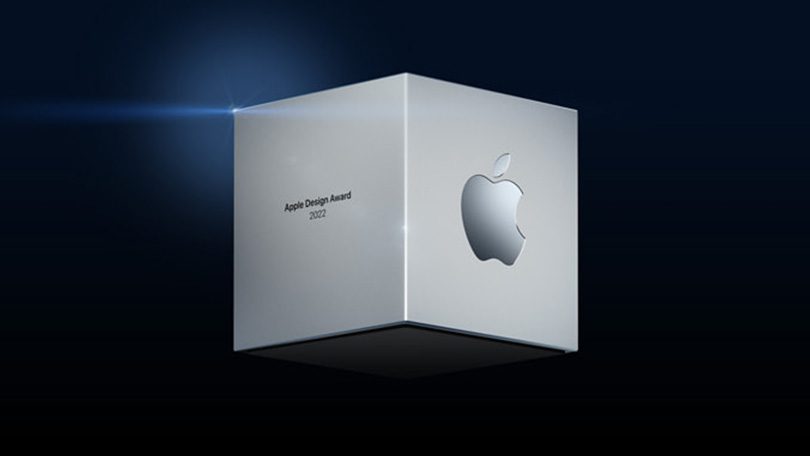 The winners of the Apple Design Awards 2022

It is during the WWDC22the global developer conference, that 2022 Apple Design Awards winners have been revealed. Let’s discover together the games rewarded for the creativity and innovation of the designs of their developers.

The categories of the Apple Design Awards 2022

The purpose of the ceremony Apple Design Awards 2022 is to reward developers for the design of their game in 6 categories : Social impact, Inclusivity, Innovation, Illustration and animations, Interaction as well as Pleasure. For each of them, a game and an application are rewarded. In this article, we will logically focus on games.

Behind its minimalist design, A Musical Story hides an immersive experience that mixes storytelling and rhythm game. With its well-thought-out gameplay, magnificent music and sumptuous illustrations, the game from the French studio Glee-Cheese Studio fully deserves the2022 Apple Design Awards for Innovation.

Already elected iPad Game of the Year in 2021, marvel future revolution is an open-world action-RPG that immerses you in the Marvel multiverse with its endless number of characters. The combat phases are fluid and dynamic, the graphics are remarkable while the cutscenes are breathtaking.

Social Impact – Gibbon: Beyond the Trees

Gibbon: Beyond the Trees is an adventure game, exclusive to the Apple Arcade, which deals with ecology. You play as a monkey in search of his family, who must make his way through sublime hand-drawn landscapes. His narration plays on empathy towards another species and climate change seen from his prism, which earns him theApple Design Awards 2022 for Social Impact.

Developed by Australian studio Drydock, Wylde Flowers is an immersive game with a refreshing narrative, based on acceptance, solidarity and tolerance. It incorporates a cast of characters of varying ages, sexualities, and cultures. Just like the previous one, Wylde Flowers is only available on Apple Arcade.

In a galaxy far, far away, LEGO Star Wars: Castaways offers incredible visual quality, whether in cutscenes or in-game. As often in LEGO games, action and humor are at the rendezvous. In addition, the game offers a wide choice of customization and many colorful NPCs.

Let’s finish with the most fun game according to the jury of Apple Design Awards 2022. At first glance, Overboard! looks like an investigation game in which you have to solve the mystery around a murder. However, Overboard! incorporates a small subtlety: you are the murderer!

You have to do everything to get out of it. To do this, conceal clues, gain the trust of those around you and send investigators on false trails. Thanks to its different endings, Overload! allows strong replayability to achieve the best result.

That’s it for the 2022 Apple Design Awards winners. This selection is very varied and will appeal to all types of audience. If you are interested in the applications that won the Apple Design Awards 2022, you will find the complete list on Apple’s official website and I will redirect you to our news page to stay informed of mobile news.