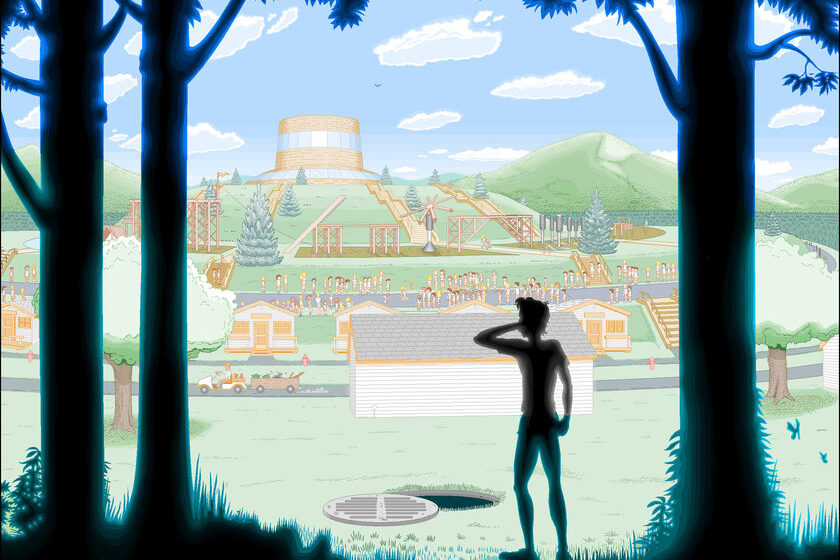 These amazing illustrations were created using only Microsoft Paint

(Pocket-lint) – There was a time when Microsoft considered killing off the legendary MS Paint software in favor of its new 3D version. To pay homage to this great tool that’s been around for decades, we’ve gone in search of the best artwork created using spray cans and splatters.

During this hunt, we came across the artwork of Pat Hines, aka Captain Redblood. A superb artist who uses MS Paint to create true masterpieces. Hines has worked with Microsoft’s paint program for over 10 years. He explains that his passion was born from simple scribbles with a mouse, while working at night, a long time ago.

Since then, his skills and talents have grown and he has gone through different styles, ranging from movie posters to comic book covers.

The simple portrait of a young boy (the son of a friend of Hines) shows the surprising power of MS Paint and the level of detail that can be achieved with a steady hand and eye. lively.

This image was created at a time when Hines felt like working on something more abstract.

Here, even the glow of stars in the night sky is carefully captured with a level of detail usually unheard of in MS Paint.

Like all the works presented here, the amount of detail is impressive considering the tool used to create the work.

A hand drawn portrait of a couple on their wedding day. This image took over two weeks to complete, with at least two hours a day spent adding color to each pixelated square to create the final artwork.

We bet you’ve never seen a picture like this in someone’s wedding album.

Another comic book cover from Hines’ comic book collection. It’s from the special edition of “Camp Redblood and The Essential Revenge,” a book filled with misfit monsters and heroes in a nauseating summertime adventure.

Every arachnophobe’s worst nightmare is a loose spider at the wheel.

We are impressed by the blurring effects in the background to emphasize the speed of the chasing vehicle.

The Microsoft legend that is Bill Gates is incredibly represented by the best-known paint program he and his team created.

A never-ending creation by Bill Gates, here’s a show we didn’t expect to see created in such an intriguing way.

A scene from Harry Potter and the Deathly Hallows by JK Rowling. This painting is one of the only Hines images to use some Photoshop editing (he used it to skew the text on the graves), but it was painstakingly created, pixel by pixel, in MS Paint.

An intricate painting of the street where Hines grew up in West Roxbury, Boston. We were impressed with the lighting and coloring of this piece.

This work, titled “Red Shirts”, is a reimagining of Hines’ childhood. The Boston Youth Cleanup Corps was known for its bright red shirts and hard work on the streets of Boston.

The intricacy of this image and the level of detail are incredible and show how Hines must have a steady hand. Until the coloring of the butterfly, the inscription on the license plate of the car and the teenagers who smoke quietly.

The Camp Redblood team is caught in terrible peril above a very blue waterfall. Hines works with a variety of colors and demonstrates skill in all hues.

An image from Hines’ comic strip shows a number of characters in incredible detail, right down to the grass and cracked flagstones beneath their feet. Such work must have taken Hines hours, but it shows an impressive dedication to the intricacy of detail.

A hand painted scene from the film Ferris Bueller’s Day Off, in which a red Ferrari is caught jumping through the air at 100mph. One of Hines’ favorite films and an iconic scene beautifully recreated in MS Paint.

This scene reminds us of Wolfenstein 3D with its pixelated graphics and Nazi castle full of bad guys.

Another image from Hines’ comic “Camp Redblood and the Essential Revenge” shows the group approaching the sinister tunnel of death.

Here, Hines demonstrates his ability to create a fog effect with MS Paint. The software may be more powerful than you think.

Lieutenant Dan vs. The Almighty

Inspired by Forest Gump, this image shows Lieutenant Dan battling against the mighty ocean. We are impressed by the level of detail of the spray that comes off the waves.

Besides being a whiz at MS Paint, Hines is also a whiz at designing comic book covers.

Taking some artistic license, which is only fair when you’re so talented, Hines based this image on a passage from JK Rowling’s Harry Potter and the Deathly Hallows. It included characters that shouldn’t have been there, but added a new twist to the story that hadn’t been there before.

Another scene from “Camp Redblood and The Essential Revenge” shows Hines’ detailed comic book artwork and the level of effort he puts into every piece of work he creates.

Another scene from Harry Potter and the Deathly Hallows captures the doe’s shining light.

Marv vs the Spider

A classic Home Alone scene recreated in MS Paint. This one shows the moment Kevin McCallister drops a tarantula on Marv’s face.

What we love though is the level of detail in the image and the attention to detail that Hines demonstrates.