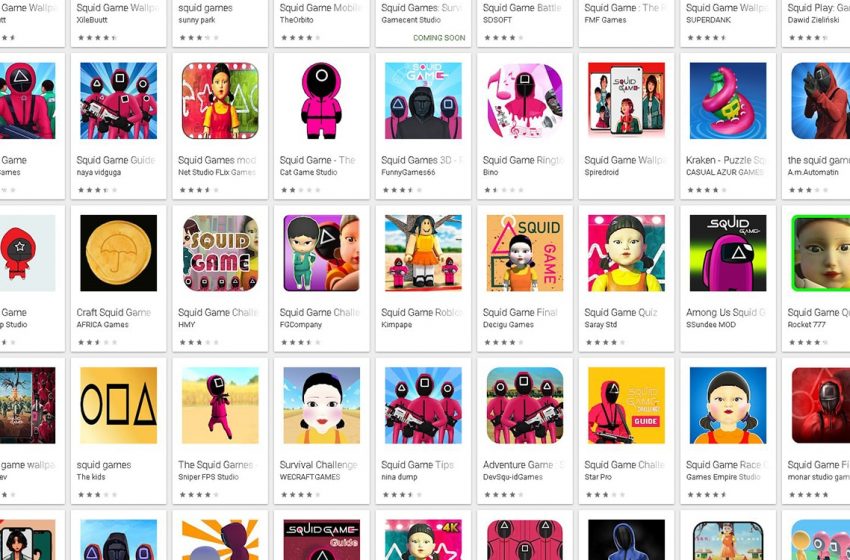 This Android Squid Game app hides dangerous malware, do not install it!

Hundreds of Android apps based on Squid Game have been uploaded to the Play Store. Among these opportunistic but innocent apps is an app capable of scamming users into subscribing to paid services via SMS. The hackers behind this solution have hidden famous Joker malware in the app code!

Since its arrival in the Netflix catalog, Squid Game has met with phenomenal success around the world. Over 140 million Netflix subscribers watched the first season of the South Korean series. The success of Squid Game quickly caught on in the playgrounds, where many children imitate the cruel games of the event series.

At the same time, some pirates are looking to take advantage of the popularity of Squid Game to rip off internet users. As noted computer security researcher Lukas Stefanko on Twitter, a number of Squid Game-stamped Android apps have appeared on the Google Play Store in recent weeks.

“Over 200 Squid Game apps are available on Google Play. Looks like it’s a great way to make money on in-app ads inspired by one of the most popular TV shows without an official game ”, says Lukas Stefanko. Concretely, application developers are taking advantage of the enthusiasm around Squid Game to quickly generate advertising revenue with apps developed in record time.

In most cases, developers offer mini-games with sloppy gameplay. In the absence of an official game, many Android users downloaded these poor quality apps. “The most downloaded of them reached 1 million installations in 10 days”, underlines the researcher in computer security. Note that Netflix has however launched the development of a video game taken from Squid Game.

Among these shoddy but innocent apps is an app whose sole purpose is to scam Android users: Squid Wallpaper 4K HD. “Running this app on the device may result in malicious ad fraud and / or unwanted SMS subscriptions”, warns Lukas Stefanko.

The application will display malicious and unwanted advertisements on the smartphone screen of its victims. Worse, the app is capable to subscribe the user to paid services by SMS. The hackers slipped the code of the Joker malware, a particularly recalcitrant malware, into the application. Once installed on a phone, the malware goes to a web page offering a paid service. By intercepting the confirmation SMS sent by the service, the malware subscribes its victims without their knowledge to subscriptions sold at exorbitant prices.

Alerted by Stefanko, Google removed the app from the Play Store. We invite you not to download any application available on the Google store. Before installing an app, always read reviews and reviews. For security reasons, we will also advise you to install a good antivirus on your Android smartphone.