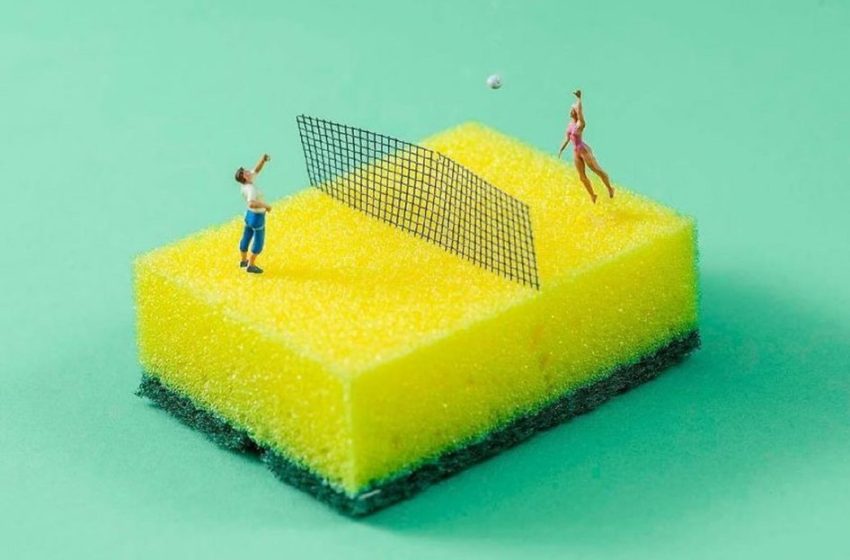 (Pocket-lint) – Péter Csákvári, aka Tiny Wasteland, is a brilliant artist who transforms small parts of his world with miniature characters who seem to live their lives in tiny worlds.

These simple yet brilliant photographs give a new perspective and seemingly evoke a wonderful fictional world. With each image, you can imagine these little people going about their business while our giant things are just part of their surroundings.

We’ve rounded up some of our favorites for you to enjoy, but be sure to check out Tiny Wasteland on Facebook and Instagram for more.

Péter Csákvári says the creation of these miniature worlds was born when he started doing food photography with a macro lens, then realized he could do more.

As the passion progressed, he bought a 3D printer to make his own tiny figurines to place in these imaginary worlds.

Péter Csákvári’s passion has become his livelihood. He exhibits all over the world while using his talents for advertising as well.

We love the detail in this image and the simple horrors of it.

In an ashtray, several tiny people in hazmat suits apparently inspect the aftermath of a fire caused by cigarettes.

In the middle, a small burnt body catches their eye and this art tells a bigger and more poignant story about the dangers of smoking.

These little workers are clearly making the most of what’s at hand. Where we giant humans now frown on plastic straws because of their impact on the environment, these men use them for pipe work.

Beach volleyball has nothing on sponge volleyball. Just imagine playing on a sponge like this. No sand where it shouldn’t and you basically have a bouncy surface to jump high on.

It’s fun to imagine these little gardeners working hard on their greens. At the micro level, they manage growth, but they will also be threatened by insects, from snails to slugs.

Aquarium in a train car

It seems that these little people are brilliantly resourceful. Here they have converted a small train car into an aquarium. Naturally, this picture also indicates the possibility for little people to have their own railway system too.

It seems like a lot of effort goes into something simple like making food. So much so that even a forklift has to be purchased to help out.

Imagine opening a tin can and expecting to find tuna only to find that two people sitting on a park bench are staring at you.

Even these tiny people are narcissistic, it seems. This one was filmed casually taking a selfie in front of a dead bird.

The image also tells a story of the damage the human race is causing to the world and the animals that inhabit it.

As an alternative to an insect vet, there is a world of insect repairers who work to help tiny, injured creatures.

Someone slipped and fell in the butter and the police arrived to rescue them. Things are not going well and there is definitely going to be a mess.

In one box, there was a peaceful couple under a tree, but opening it apparently triggered the kraken.

This man in his little boat does not seem to be in phase, however.

Being a little person usually sounds like a lot of fun, but there are hidden dangers lurking in harmless places. Somewhere as simple as a pile of flour can hide angry creatures.

We love Péter Csákvári’s imagination and the creative curiosities he throws into his surroundings and photos.

So that’s how they’re made

Here we see tiny workers getting down to their work of making raisins. Or are they plumping up ruffled grapes?

We like to look at these images and imagine a very small army of works flying away like this. Removing sweet corn for canning or preparing to make popcorn.

Some of these smaller worlds also tell an important story for real life. Like the importance of wearing a seatbelt in case you hit a giant strawberry.

Have you ever wondered where the chocolate chips in cookies come from? Wonder no more.