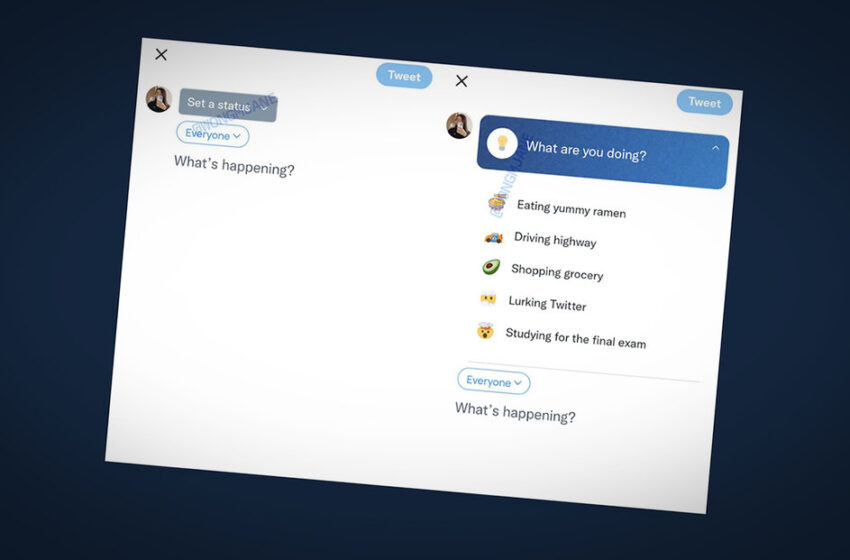 (Pocket-lint) – Do you remember the days when you set your status on a social network or messenger such as AIM? Well, Twitter is trying to recreate that experience, with a new “Vibe” feature it’s reportedly developing.

App researcher Jane Manchun Wong, who routinely digs into app codes for undisclosed functionality, discovered that Twitter is working on a feature called VIbe. This would be a new way to set status updates. You’ll be able to set your status at the profile level, but you can also link them to specific tweets to show your followers what you’re up to at a specific time.

Wong tweeted images of this feature, which Twitter has yet to announce, with what appear to be generic status presets (eating, driving, etc.). It is not clear if you will be able to write your own updates.

There you can see something similar to the status of the Instagram Threads app. pic.twitter.com/TGXH4uVe8Z-

Twitter reportedly first tested status updates about four years ago, but it never followed through on the idea.

It looks like Twitter is trying to give its users plenty of ways to express themselves closer to the moment, whether that’s with real-time tweets, live audio sessions through Spaces, or now the ability to set your status for show your mood or what you are doing at a given time and even when you tweeted. Of course, Vibe isn’t live for everyone yet and hasn’t been confirmed; there have only been leaks so far.