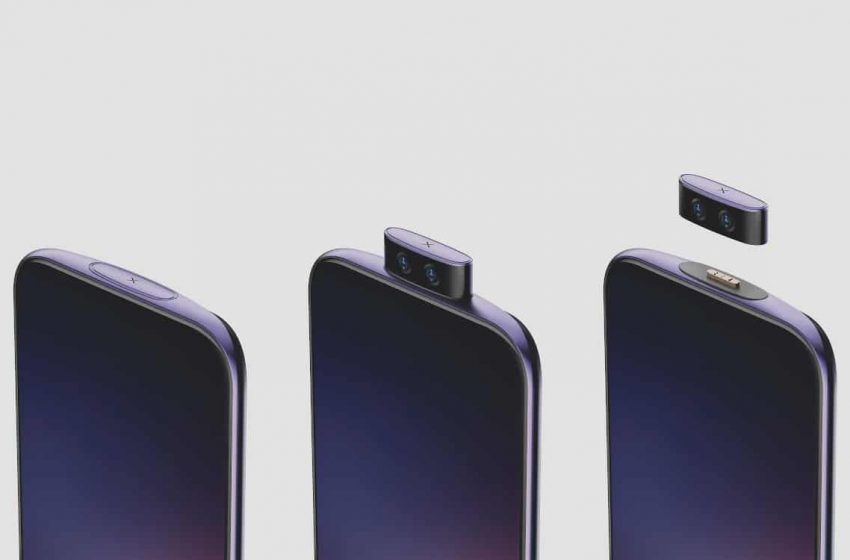 Vivo is working on an amazing smartphone with detachable photo module

Vivo has filed a new patent for an amazing photo module. The particularity of it is to be detachable, thus being able to be turned. The main photo sensors thus become selfie sensors. Better yet, the module could be controlled remotely. In 2020, Vivo already presented a concept with a detachable module.

For several years, smartphone manufacturers no longer know how to get rid of the selfie sensor. It is a very important sensor, because everyone is now posted on social networks. But it is a sensor that can no longer find its place at a time when the screen takes a predominant place on the front.

Notch. Punch. Motorized drawer. Rotary module (as in the Samsung Galaxy A80). Sensors under the screen. Manufacturers have had many ideas to prioritize display. In 2020, Vivo introduced a concept called IFEA. It is the latter that illustrates this article below. This concept is very surprising, because it allows to position the selfie module in a motorized drawer. In addition, this module is detachable, offering new possibilities in terms of shooting. With this design, Vivo won a RedDot Award.

Vivo is working on a detachable selfie module

The idea of ​​the detachable module could see the light of day in another smartphone. Vivo has indeed filed a patent with the International Intellectual Property Office in February 2021. Validated September 2, 2021, the patent, of which you can find the illustrations opposite, presents a concept of the removable photo unit and much more functional than that of 2020. The module includes several photo sensors, like the previous one. It is detachable, as always, for remote use. But there are three new things.

The first is the integration of the module into the design of the smartphone. This means that there is a slot on the upper part of the screen where the module must be inserted. Note that part of the shell at the back continues to protect the module. The second is a consequence of the first: a small screen is integrated on one side of the module. We are curious to know how this “secondary” screen fits and if it is possible to use it when the module is detached.

Third novelty, the module turns around to reveal the photographic equipment used to take selfies. Obviously, these same sensors are not used to take other pictures (unlike the Asus ZenFone 8 Flip, for example, whose rotary module sensors support all photographic functions). So it’s a very interesting design. It remains to be seen whether Vivo will make it happen.