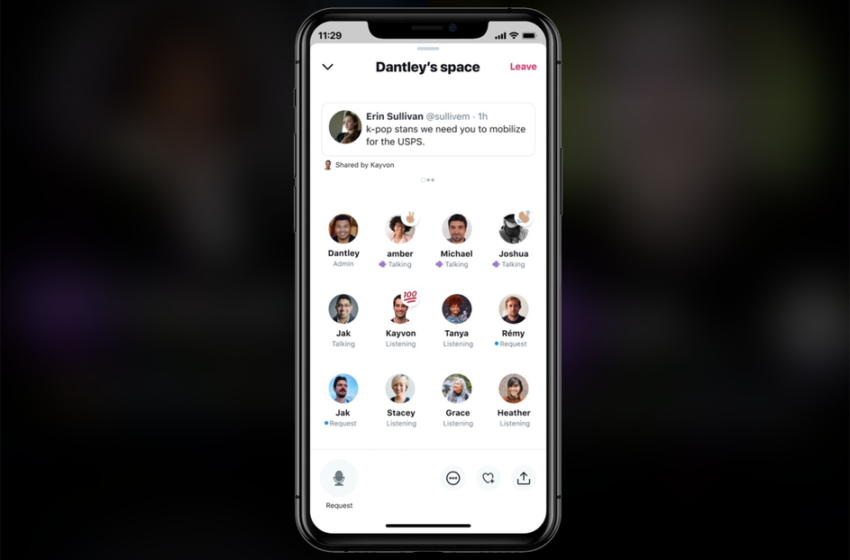 What are Twitter Spaces and how do they work?

Spaces was announced in December 2020 and launched in beta a month later for some people to test. Now Twitter is adding the ability for accounts with 600 or more followers to host Spaces. Both iOS and Android device users are included in this latest update.

Here’s what you need to know about Spaces, including how they work.

In other words, like Clubhouse, the audio-based Twitter Spaces will allow a user to come together with another person or group of users for live conversations. You will see them appear as they unfold. Once completed, they will no longer be publicly available on Twitter.

We are live ! What’s up, we’re the team behind Spaces, a small experiment centered around the intimacy of the human voice –

On Twitter for iOS and Android, when someone you follow casts or speaks in a Space, it appears at the top of your timeline as a purple bubble while it’s active. When you join a space as a listener, you can react to what you hear with emojis, tweet or DM the space, or ask to speak.

When you create a space, you control the speakers, topics, and everything else.

How to create a space

Remark : only the person who created the Space has the ability to terminate it.

Can you control who is talking?

Yes. When creating a space, you can select who can join you with speaking privileges by choosing from the following options:

Remark : you can change privileges at any time while the space is open.

Can you control who listens?

For now, the spaces are public and anyone can join as a listener. If you create a space, your followers will see it in their fleets.

There is no limit to the number of listeners.

Remark : as the person who opened a space, you can also delete, report and block the users of a space at any time.

How to Join a Space

It’s easy ! Find the space in your Fleets section, select it, then press the Join this space button that appears. Your microphone will be ready to start.

If you join a Space as a speaker, in addition to speaking, you can pin tweets to the Space, turn on captions so everyone can follow what you say, and tweet the Space so your followers can join you.

What are ticket spaces?

Twitter plans to offer users a way to monetize Spaces through ticketing.

The company said hosts will be able to set ticket prices and the number of tickets sold. A limited group will be able to host ticketed spaces in the coming months. The hosts will earn the “majority” of revenue from ticket sales, with Twitter retaining a “small amount”.

For now, anyone using Twitter’s iOS app or Android app can join a Space, but only certain people with more than 600 followers can host Spaces.

Remark : accounts with protected tweets can’t create spaces, but they can join and talk in other people’s spaces.