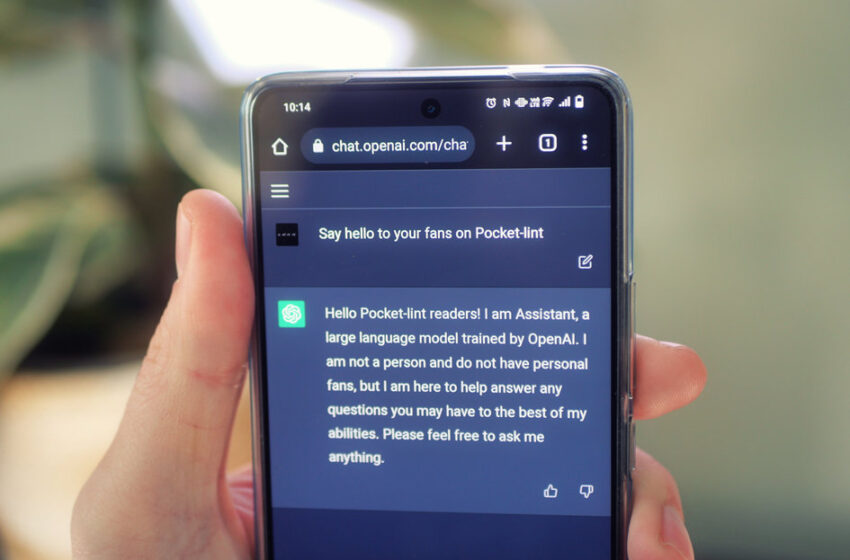 What is ChatGPT and why should you care?

You’ve probably seen all the AI-generated images people make with tools like DALL-E. These images have been making the rounds on our social media lately, with sometimes hilarious, but always impressive results.

It may seem less impressive at first glance, but when you read a few examples, what the system is capable of is truly astounding – even a little scary, for journalists like us.

The latest text-based AI project has set the world on fire, and it’s called ChatGPT. In this article, we are going to tell you everything you need to know.

ChatGPT is the latest addition to the family of GPT text generation AI systems, a project of the OpenAI foundation. You may have heard of his previous project, GPT 3, which worked more like DALL-E for text, generating words based on a prompt like “write me a poem about Kanye West.”

ChatGPT works more like an instant messaging service, and as the name suggests, it lets you chat in real time with the GPT AI. People of a certain age may remember SmarterChild on MSN Messenger or AOL. It’s kind of the same, except it works incredibly well now.

Access to the system is free for everyone during its “feedback” period. After which, OpenAI plans to use user feedback to improve the final version of the tool.

One of the limitations of the current system is that it does not have internet access. So you can’t ask it things you would normally use Google Assistant or Siri for. If you ask ChatGPT for the weather, it will reply:

“I’m sorry, but I’m a large language model trained by OpenAI and I don’t have the ability to access current weather information. I’m not able to browse the internet or access live data. real time. I can only provide information based on the text I was trained on, which has a fixed deadline. Is there anything else I can do to help you?”

ChatGPT pretty much self-censors itself and refrains from providing fictional accounts of events, it’s still possible to get these falsehoods in your answers, but ChatGPT will warn you that it’s fiction before continuing.

No app or software is needed for ChatGPT, just visit a website in your browser. It works on both mobile and desktop sites.

To try it, go to chat.openai.com. You will need to create an account, but it’s free.

OpenAI is a research institute that focuses on artificial intelligence, it was founded in 2015 by Elon Musk, Sam Altman, and several other tech industry figures.

Elon Musk parted ways with OpenAI in 2017 because he felt there was a conflict of interest between the institute and Tesla, particularly in the area of ​​self-driving.

OpenAI’s goal is to advance the field of AI and promote its safe and responsible development. The projects have traditionally been all open-source and non-profit, although there is some controversy as to whether or not this is still the case.

Elon Musk said on Twitter that “OpenAI was started as an open-source, non-profit project. Neither is true yet.” However, if you ask ChatGPT, it will assure you that “all of the organization’s projects are made available to the public for free.”

What’s next for OpenAI?

We know GPT 4 is on the way, and we expect it to be an even more impressive, and probably more efficient, text generation platform.

This week we’re focusing on the winners of the 2022 EE Pocket-lint Awards, with a look at the best gadgets, tech and games for

In September 2022, the organization announced Whisper, an open-source neural network that approximates human-level speech recognition. We expect updates and improvements for this project as well.

Of course, there’s DALL-E 2’s amazing image-generating tool, many of which will have seen examples. One day, we will undoubtedly see an even more powerful tool, called DALL-E 3.

As for the rest, we’ll have to wait and see.