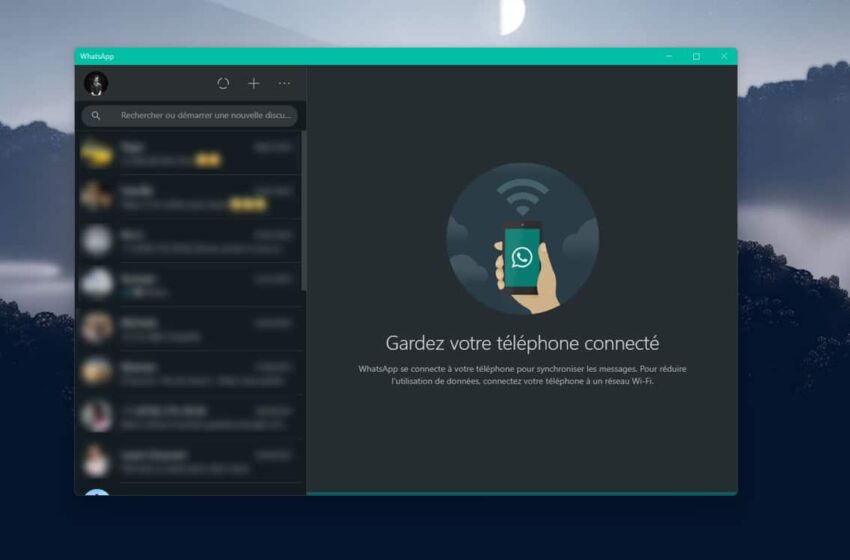 WhatsApp is getting a facelift on Windows 11, here’s what the application will look like

WhatsApp will soon be entitled to a new design on Windows 11. The beta version of the application, available since last November, indeed shows some signs of change, which are closer to the modernity brought by the operating system. The buttons are notably more rounded and we notice the presence of drop-down menus.

Available on the Microsoft Store since 2018, WhatsApp has never really set apart from its Android and iOS counterparts. The application simply takes over the features available on smartphones, in addition to adding two-factor authentication to ensure the security of the user’s account. This in itself is not surprising, since the desktop version is based on Electron, a development platform that allows more or less to adapt web applications on PC.

But that is about to change soon. The FireCube leaker indeed claims on Twitter that WhatsApp Desktop has just abandoned Electron in favor of WinUI 2.6. A decision that follows the decision to switch to Universal Windows Platform (UWP) during the development of the new beta version of the application, available on the Microsoft Store since November 2021. Today, changes are coming, starting with the design.

From today, it is possible to see that WhatsApp takes over several elements of the Fluent Design introduced by Windows 11. Buttons are now more rounded, while drop-down menus inspired by those of the operating system are emerging. On the other hand, it should be noted that the work is not yet finished. Some elements are not yet modified and denote with the modernity of Windows 11.

Related: WhatsApp Adds Audio and Video Calling to its PC App for All Users

But this is all in all quite logical, the application being still in the beta stage. Also note that it is also available on Windows 10. To take advantage of it, however, you will need to join the cross-device beta from your smartphone. We explain how to do it in detail in this article. As for the final launch, WhatsApp has not yet communicated a specific date at this time. Patience, therefore.