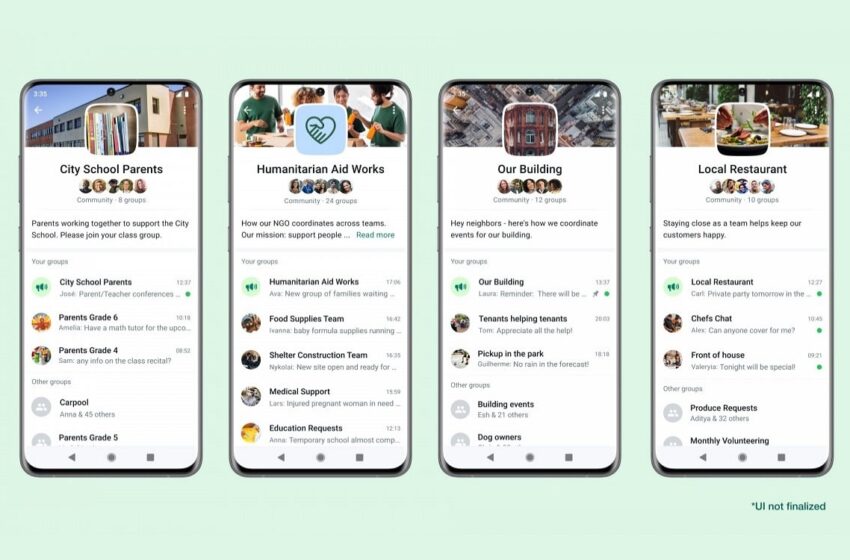 WhatsApp: the Communities tab is available to everyone, managing groups becomes child’s play

Were you expecting it? It’s finally here: the Communities tab is coming to WhatsApp for users around the world. Thanks to this, the application allows users to create sub-groups within other groups, which can accommodate several hundred participants. All while of course benefiting from end-to-end encryption.

WhatsApp is undoubtedly one of the applications that most often get new features. Meta is constantly testing new options on its messaging system, such as the ability to send a message to itself, which partly explains its unparalleled popularity. Indeed, some of its new features are regularly eagerly awaited by users. This is for example the case of the Communities tab.

In testing since April, the feature’s development accelerated last August when Meta began rolling it out in beta, indicating that the final release was on the way. It is now done. The Communities tab is now available to users around the world and thus marks, as Mark Zuckerberg indicated this summer, “a major evolution of WhatsApp”.

That’s it, the WhatsApp Communities tab is here!

As a reminder, the Communities tab brings a new way to manage groups within conversations. Concretely, it makes possible the creation of sub-groups within larger groups. For example, within a “Work” group, you can chat with only your colleagues who are in the same office as you. In other words, WhatsApp is going to work more or less the same as Discord…end-to-end encryption and more.

On the same subject – WhatsApp: communities tab, 2 GB files, calls with 32 participants, discover all the news

Note that the workplace example is not trivial. For some time now, messaging has clearly shown its desire to impose itself in the professional world, by allowing for example to add up to 1024 members in a single group or even the possibility of making a video call with 32 participants, a barely camouflaged attempt to compete with Teams, Zoom or even Google Meet.