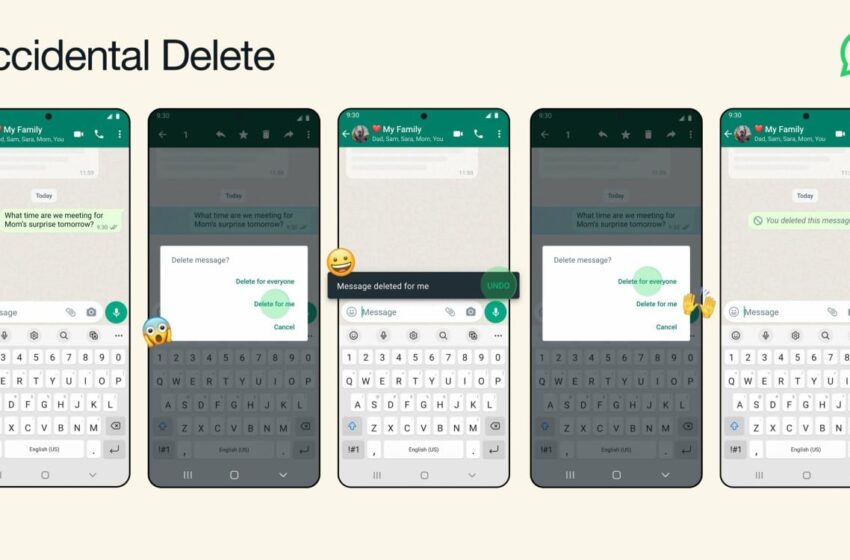 WhatsApp: this very useful new feature will save you from very embarrassing situations

The ability to delete a message for everyone or only for you has recently become available in WhatsApp. However, the latter does not prevent handling errors that are sometimes fatal. The new “Accidental Deletion” feature adds an extra layer of security to the messaging app.

It happens to everyone. You regret having sent a message to someone on WhatsApp, or even you have sent it to the wrong recipient. In these cases, the messaging service makes a feature available to you: “Delete for everyone”. This allows you to delete a message after it has been sent. It is very practical, of course, but it does not prevent handling errors.

To read – WhatsApp: Picture in Picture mode arrives in videos on iOS in 2023

Previously, when you wanted to delete a message for everyone, but you clicked on “Delete for me” by mistake, you no longer had the possibility of repairing this false manipulation: the message had disappeared from your chat, but was still visible by your interlocutor. WhatsApp announces a new feature that will save you this kind of inconvenience. After inadvertently deleting a message, whether for all or just for you, you will now have a 5 second delay to reconsider your decision and correct the shot.

The “Delete for everyone” function appeared in 2017. It was clamored for by users to help erase messages sent to a bad group or in a bad conversation. Until last summer, you only had exactly 7 minutes to delete a message. Since August 2022, this period has been extended to 60 hours.

According to WABetaInfo, the ability to roll back an accidental deletion is already being deployed on the desktop version of WhatsApp, but also on Android and iOS. The beta test phase, in progress since August 2022, has already been completed, and all its features have been approved. The removal feature set is now as complete as it gets. Missteps are now impossible on Whatsapp.