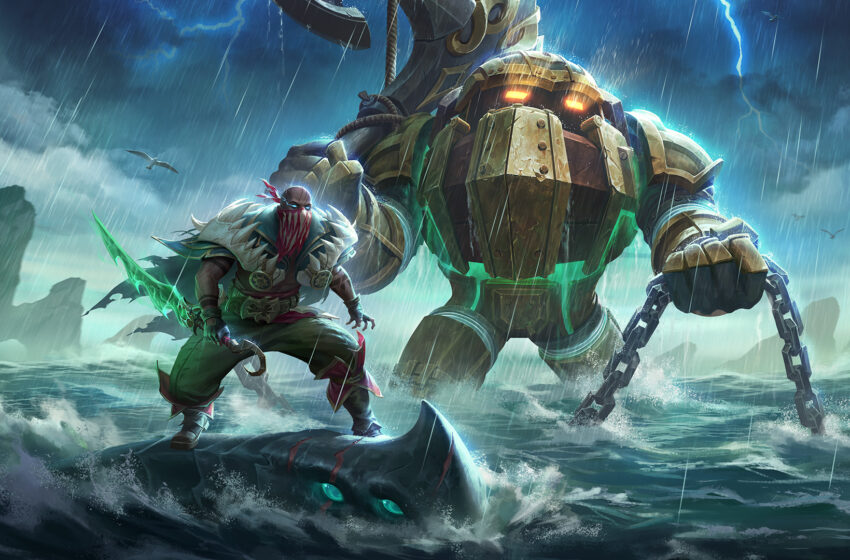 As the Wild Rift Icons Global Championship 2022 gets ready to begin, the Wild Rift patch 3.2b has just arrived on the mobile version of League of Legends. Let’s discover together the novelties of this update, and in particular the introduction of two new champions : Pyke and Nautilus.

Pyke and Nautilus land with Wild Rift patch 3.2b

After patch 3.2, which introduced Ekko, the Wild Rift patch 3.2b sees the arrival of two new support champions straight from the depths of Runeterra. Let’s see who Pyke and Nautilus are.

Pyke is a assassin bracket. Its main function is therefore to assist its ADC. Unlike many champions of the same role in Wild Rift, Pyke has low hit points, but his stealth movement abilities and high damage output allow him to be a formidable predator to his opponents.

Nautilus, the titan of the depths

Nautilus, on the other hand, is a more classic support. It is very effective as a shield for ADC, but does little damage. One of his particularities is his Boarding skill, thanks to which he can bring an enemy back to him using his anchor.

Creatures of the Deep, Wild Rift Patch 3.2b Event

To celebrate the arrival of the two new champions, the Wild Rift patch 3.2b host the event Creature of the Deep. To earn maximum rewards, you need to score more points than other players.

By completing a event mission, you earn 100 points and your first victory of the day earns you 50. You can also play games in the different game modes to grab a few extra points. These points allow you to unlock rewards like emotes, blue particles, and poro energy.

At the end of the event, you will win a prize based on your ranking. Players in the top 5% will unlock the icon Festillage250 blue particles and 100 units of poro energy.

So much for the novelties of Wild Rift patch 3.2b. You can test out the two new champions right now and start earning points for the Creature of the Deep event. To learn more about the support role in Wild Rift, I refer you to this classes and lanes guide.