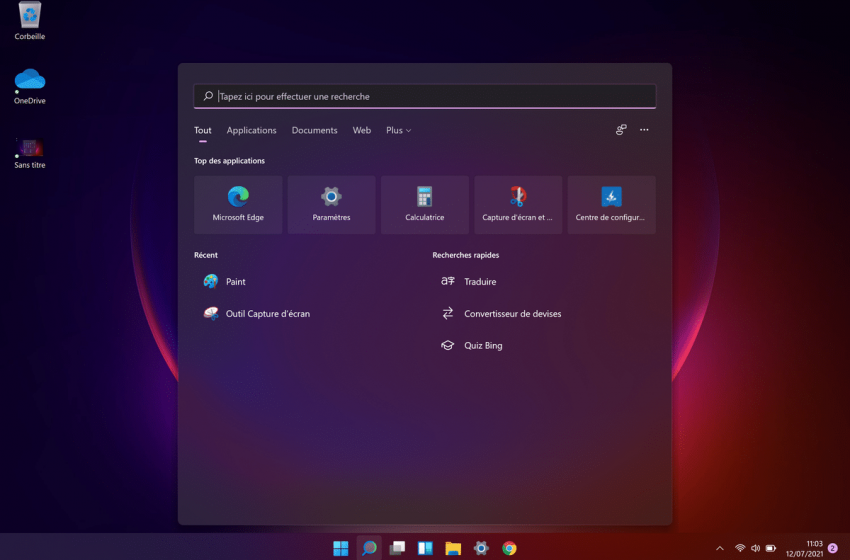 Windows 11 is already shaping up to be a box, half of users plan to install it

With the approach of its official release, there is less and less doubt: Windows 11 will be a flamboyant success. While Microsoft is already certain of the potential of its operating system, a survey confirms its forecasts. 53% of users plan to update.

Windows 11 is not yet released that everyone is predicting a bright future. Available for several weeks in beta, the operating system continues to unveil its new design and new features before its official release. And the least we can say is that these seem convince users. Microsoft already knows: its OS will meet with resounding success. “We’re reinventing everything from the Windows platform to the store to help people and organizations be more productive and secure, and to create a more open ecosystem for developers and creators.”, explained Satya Nadella, CEO of the publisher.

Today, a survey conducted by Windows Report tells us that people are of the same opinion. In fact, out of 11,097 questioned, spread over 177 countries and using Windows 10 for the most part, 53% find the new OS mind-boggling. They say they are ready to migrate to it as soon as the update is available. Nevertheless, 21% believe the operating system is similar to its current version and do not hesitate to express their disappointment. There is no doubt that the number of users is therefore very likely to skyrocket the very day Windows 11 is released.

On the same topic: Windows 11 – future builds may be very unstable, warns Microsoft

44% of PCs are compatible with Windows 11

There remains of course the thorny question of compatibility. Microsoft recently clarified that the affected machine must be equipped with a TPM chip, and that it will be impossible to circumvent the regulations to install the OS. Among respondents, only 44% confirm that their PC has passed the validation test. 13% admit not having a compatible terminal. Between the two, 34% are sure they meet the configuration requirements, but have yet to get validation from Mcrosoft.

“Windows 11 is the biggest update to our operating system in a decade”, said Satya Nadella. “We are delighted with the first feedback. More people downloaded our early versions than any Windows version or update in the history of our Insider Program. And, with our OEM ecosystem, we’re excited to bring Windows 11 to new PCs this holiday season. ” Windows 11 will be available next October.