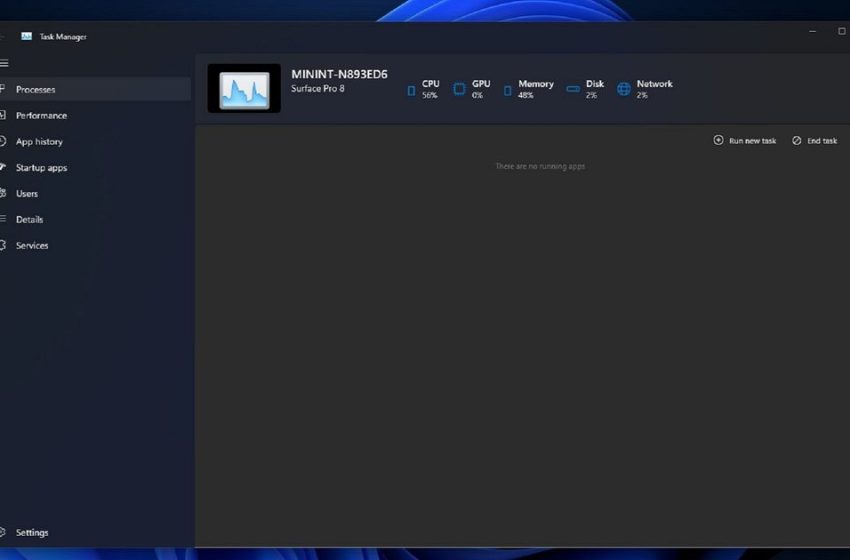 (Pocket-lint) – It looks like Microsoft is constantly working on improving Windows 11 and one of the recent updates the company is working on is the Task Manager refresh.

These changes were discovered in the Windows Insider build of Windows 11 and give a hint of what’s to come in future OS updates.

Naturally, since the changes are for Windows 11, Task Manager gets an overhaul using similar and familiar design elements. These include various things as well as the modern-looking Translucent Mica effect that lets you see colors from other apps or your desktop bleed through the app. It also gets a sidebar and a tabbed view.

One of the simplest but probably most welcome changes is the addition of a dark mode for the app to make it easier on your eyes.

Twitter user @FireCubeStudios has released images showing the development version to give us a taste of what’s to come.

At the moment, it’s a waiting game until changes are made to the task manager deployment. If you are on the latest development version you can access it and FireCube gives some advice on how to do it here if you wish it.

We’re certainly excited about the changes and eagerly awaiting them to appear.