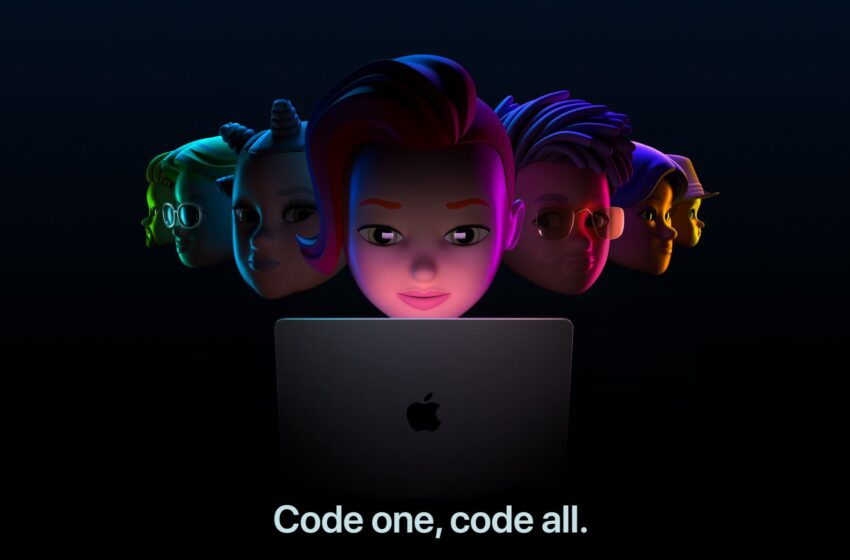 WWDC 2022: Mac, iOS 16, watchOS 9, all the announcements expected at the Apple keynote

WWDC 2022 will, like every year, spoil us with software announcements and give us a glimpse of the future of Apple’s ecosystem. And for this edition, we might see more hardware than usual.

Every year in June, Apple organizes its great mass dedicated to developers: the Worldwide Developers Conference (WWDC). This year, the event is being held from June 6 to 10, 2022. While the virtual format remains the majority, some developers have been invited to participate in person at this WWDC 2022. Many workshops and conferences are aimed exclusively at developers, but the introductory keynote will be full of announcements for the general public, between new hardware products and software updates. Find out with us what Apple is likely to present to us on June 6th.

One of the highlights of WWDC is always the presentation of new the next version of the iPhon operating systeme. iOS 16 is not going to revolutionize the mobile experience at Apple, but will bring a few tweaks here and there. The leaks mention a better notification system, as well as the integration of interactive widgets, which are still only used to display information or to refer to the application to interact. This improvement would finally allow iOS to catch up on Android in this area.

On the interface side, a new status bar should see the light of day, taking advantage of the space freed up for the screen with the supposed disappearance of the notch on the upcoming iPhone 14 Pro and 14 Pro Max. Some application icons should be updated, becoming more modern and minimalist, like what was done on macOS. Health and fitness applications (formerly Activity) should gain a few features related to Apple Watch Series 8 and watchOS 9. Support for female wellness and health options and a medication tracker is in the pipes.

A real hub for controlling the Apple ecosystem, iOS is also enriched through other products than the iPhone. Version 16 should bring functions related to virtual and augmented reality, to accompany the release of the mixed reality headset of the American group. We also expect the possibility of benefiting from credits or payment in installments via Apple Pay, and the detection of road accidents with the option of automatically calling for help.

Finally, two functions that we were already talking about for previous updates and which have not yet been implemented could finally see the light of day with iOS 16: satellite emergency calls and messages in case of absence of network and the Always-on display to always have important information in view. If this is confirmed, it will be interesting to see if only the new iPhones will be entitled to it or also old models equipped with the appropriate components.

As for iPadOS 16 it should be more timid this year. A new interface for multitasking would be in the cards, just like a desktop with resizable windows. Plugging in a keyboard and mouse could instantly minimize apps in an attempt to mimic a desktop experience, but not much is known about the future of the iPad system.

Its code name would be Mammoth and the update should help to improve consistency between different Apple systems by adapting the interface so that it approaches what is done on mobile support. The system preferences menu should in particular be transformed to draw inspiration from that of iOS. Some default applications like Safari, Messages, Mail and Notes should also benefit from a redesign. The Messages app could offer instant messaging or social network functions, with a particular focus on voice messages.

Undisputed leader in the connected watch market thanks to its AppleWatch, the Cupertino company intends to further improve the operating system that runs its smartwatches. The sports and health functions will be further enriched in watchOS 9, with better detection of cardiac arrhythmias and new possibilities for tracking running sessions. Otherwise, a new power saving profile would extend the autonomy of the Apple Watch, which is one of the major drawbacks of the range.

A mixed reality headset and realityOS

It has been talked about for years, Apple is developing a mixed reality headset, therefore combining virtual reality and augmented reality capabilities. While the big announcement was thought to take place during WWDC, recent reports cast doubt. The design of the device would once again have been delayed and the launch for the fourth quarter of 2022 would no longer be relevant. We should now expect a release in 2023. Under these conditions, it is not certain that the helmet has already been unveiled.

It appears that Apple filed through a shell company the brand name realityOS for the operating system that will power the famous headset, which should work independently without necessarily needing an iPhone. The appellation protection is due to take effect on June 8, 2022, two days after the event’s opening keynote, which would mean the Apple brand is planning a presentation at the conference. But given that the headset is not finally ready, it may be necessary to wait for realityOS to be formalized: it would be strange to mention the operating system without talking about the hardware for which it is designed.

The arrival of Apple in this sector is closely scrutinized, because virtual reality is still struggling to become more popular with everyone. If there is one player capable of convincing consumers to take the plunge, it is Apple. But this will require offering a truly innovative experience that is skilfully integrated into its ecosystem.

If the WWDC is an event primarily dedicated to software and developers, it is absolutely not excluded to see hardware announcements. The new MacBook Air powered by the latest generation M2 chip is ready, according to renowned Bloomberg journalist Mark Gurman. It remains to be seen whether Apple presents it now or prefers to wait until the fall. While it’s not unusual to see Macs at WDCC, they are more often models aimed at professionals rather than the general public. These MacBook Air M2 would be available in a range of original colors and would sport a new design. A more powerful webcam and a MagSafe connector could make their appearance.

L’iMac Pro was preparing to make its big comeback on the market during the conference. Somewhat left aside by Apple lately, it could in its 2022 version embark the choice of an M1 Pro or M1 Max chip depending on the configuration chosen. Inspired by the design of the iMac M1, it would be equipped with a 27-inch diagonal ProMotion screen based on Mini-LED technology and offering an adaptive refresh rate of up to 120 Hz.

the Mac Pro could benefit from an overhaul and take the opportunity to equip itself with an in-house Apple Silicon chip, it has not yet had the opportunity to operate the switch. We even expected it before, but Apple preferred to bet on a Mac Studio which is positioned between the Mac Mini and the Mac Pro. We are therefore now waiting for the turn of the Mac Pro in a 2022 version which should be a monster of power. The Mac Pro could be accompanied by an updated Pro Display XDR monitor with 7K display, but it is not certain that it will show up so soon.

the mac mini latest generation was released in 2020 and is therefore postulating for a hardware update for this year. It does not really compete with the Mac Pro, which targets a much more demanding audience. It is therefore not impossible that the two references coexist during the event.