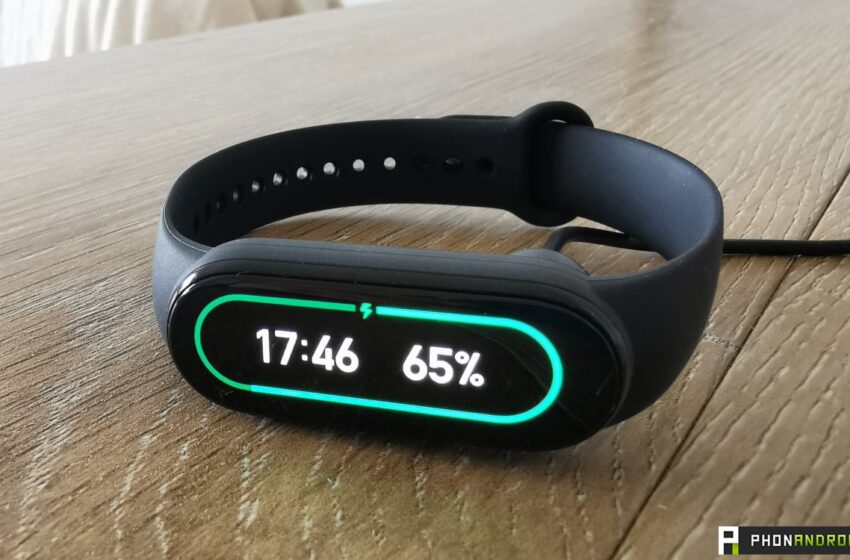 Xiaomi is preparing to launch a new connected bracelet, the Band 7. It will directly succeed the Xiaomi Mi Band 6 of 2021, and should bring many new features. Here’s everything we know about it before its release.

The launch of the Xiaomi Band 7 is imminent, and we already know a lot about its technical sheet. Indeed, leakers on Weibo have revealed that the new generation connected bracelet will benefit from a much larger battery. We would find a 250 mAh batteryagainst only 125 mAh for the Xiaomi Mi Band 6.

However, this should not not result in twice the battery lifebecause the bracelet should consume much more energy than its predecessor, in particular because of its integrated GPS. This feature will allow you to do without your smartphone when you leave your home to play sports. The autonomy will also be impacted by the screen which promises to be a little larger.

Read also – Best connected bracelet: which model to buy in 2022?

According to the MIUI source code, the upcoming Xiaomi Band 7 will come with a bigger screen than the previous generation. While the Xiaomi Mi Band 6 used a 152 x 486 pixel screen, the new connected bracelet will be equipped with a screen with a definition of 192 x 490 pixels. It will therefore not only be a little longer, but above all much wider. It is therefore expected that the Xiaomi Band 7 will look a lot like the new Huawei Band 7, which the Chinese giant presented a few days ago.

The increased battery size could also allow Xiaomi tointroduce an Always-On Display mode, which will allow you to read the time even when the screen is off. The Xiaomi Band 7 should be available in China within a few days, and should arrive in France in the coming weeks.

According to Digital Chat Station, the bracelet should have been released a few weeks ago now, but disruptions to production lines in China related to the COVID-19 pandemic and component shortages pushed the launch back. No specific launch date has yet been revealed.