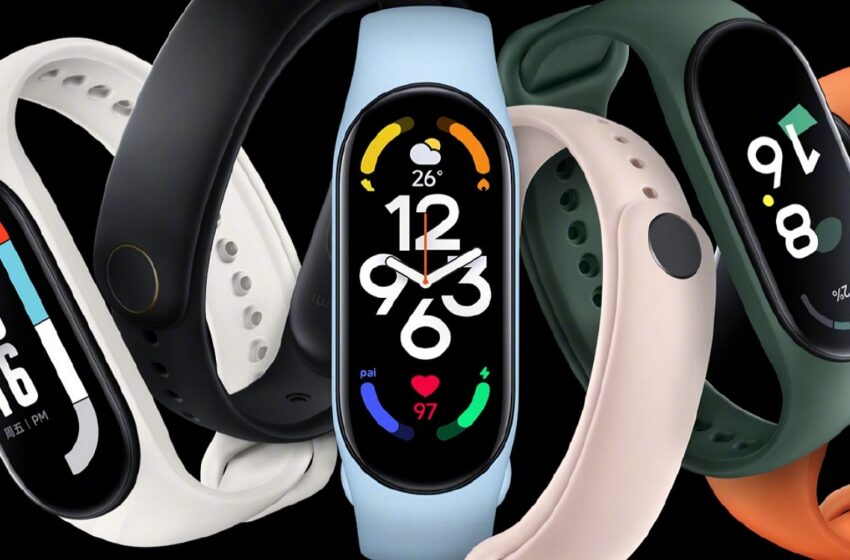 Xiaomi Band 7 official: the best-selling connected bracelet in the world returns with an even bigger screen

Xiaomi is back with a new generation of connected bracelet, the Xiaomi Band 7. Without being a revolution, the bracelet offers some welcome improvements compared to the most popular bracelet on the market in 2021, the Mi Band 6.

Xiaomi has just officially unveiled a new connected bracelet, the Xiaomi Band 7, alongside other devices such as the Redmi Note 11T Pro and Pro+ smartphones, but also the Redmi Buds 4 and 4 Pro wireless headphones. The Xiaomi Band 7 is the direct successor to the Xiaomi Mi Band 6 from 2021.

Before the launch, photos of the box had already revealed most of the technical characteristics of the bracelet, but now we know everything about it. The main change from the previous generation is its larger screen of 1.63 inches with a definition of 192 x 490 pixels. It makes it 25% larger than Mi Band 6but the new screen is above all wider, which will allow more information to be displayed at once.

The Xiaomi Band 7 is a little closer to connected watches

This new generation of Xiaomi Band wants to shake connected watches with a new feature: an Always-On Display mode. Xiaomi’s bracelet is finally able to display the time on its AMOLED screen even when it is turned off, as most connected watches do. To ensure that his bracelet maintains a good 14 day battery lifethe capacity of the battery has been upgraded to 180 mAhagainst only 125 mAh previously.

At the level of the sensors, there is a heart rate sensora SpO2 sensor to measure the level of oxygen in the blood, and the bracelet offers functionalities of sleep and stress monitoring. The wristband supports 120 sport modes, including walking, running, cycling and more. As usual, Band 7 is 5ATM certified for water resistance, and supports a very wide variety of dials and strap colors.

For the moment, the Xiaomi Band 7 is available in China from 239 yuan (33€) for the classic version and 279 yuan (39€) for the NFC version. In France, if Xiaomi applies the same policy as in previous years, we will not be entitled to the NFC version. As a reminder, the Xiaomi Mi Band 6 was launched at 59.99 euros, so it is likely that this new generation will be placed at a similar price. However, we will have to wait a few more weeks before we see it arrive at our house.