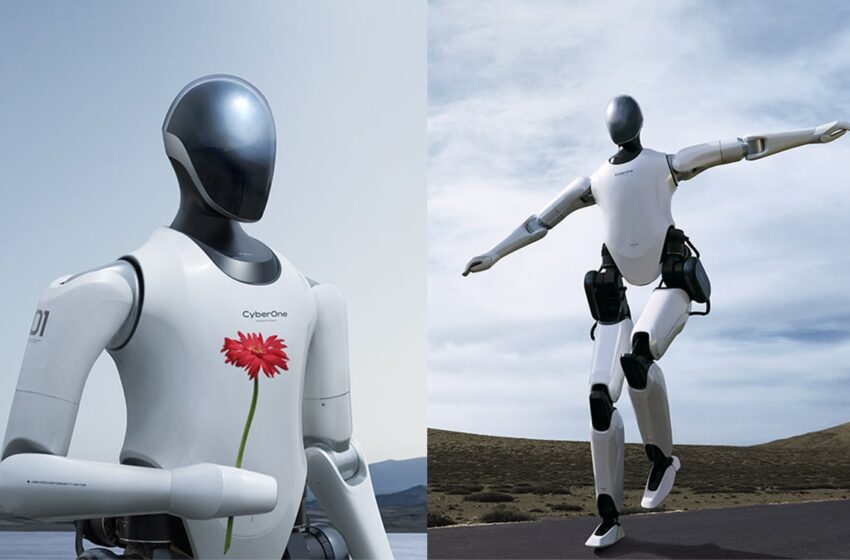 It was during one of its summer conference that Xiaomi presented what is probably one of its most ambitious projects: a human-sized robot capable of walking, grabbing objects and making decisions. If it is currently an overpriced prototype, the Chinese brand hopes to market its CyberOne quickly.

Whether Xiaomi launched its first robot dog last year, the Chinese manufacturer does not intend to stop there in the field of robotics. During a conference to unveil its MIX Fold 2, its Buds 4 Pro, its Watch S1 Pro and its Redmi K50 Ultra, the brand also had a “one more thing” to present. And surprise: it is a human-sized robot walking on two legs who arrived on stage, a flower in hand.

The video below shows the learning capabilities of the robot called CyberOne: after having stumbled several times, here he manages to walk and who rushes on the roads. He manages to avoid a branch by going around it to the right (and not by stepping over it because of his very short strides). It also allows an army of ants to cross, without crushing them. And he ends his journey picking a flower.

CyberOne is 1.77m tall and weighs 52kg. It has its own Mi Sense visual system and is capable of moving at the speed of… 3.6 km/h ! His artificial intelligence allows him to learn from his mistakes. And still thanks to his AI, he is also able to understand the emotions and requests of a human being.

Admittedly, it is for the moment a prototype which only asks to be improved. But the video shows the robot on different roads located around the world. The objective is to demonstrate that not only the robot is able to walk (note in passing that most of the roads he takes are flat and well paved), but also thatit can go through all kinds of weather conditions. What to be able to replace a human being in particularly difficult situations, since the robot does not seem to fear either extreme temperatures or heavy rains.

The production of such a model costs the trifle of 90,000 euros at present. But Xiaomi hopes to lower this cost and intends to market its robot to the general public. It is likely that in the meantime, the brand will go through the “call to developers” box, as Xiaomi is currently doing with its Cyberdog.

This project is reminiscent of Optimus, Tesla’s robot unveiled just a year ago. The production of this Tesla Bot should start in 2023. In the race for the first human-robot, who will be the first to release a truly convincing model? The bets have been made.