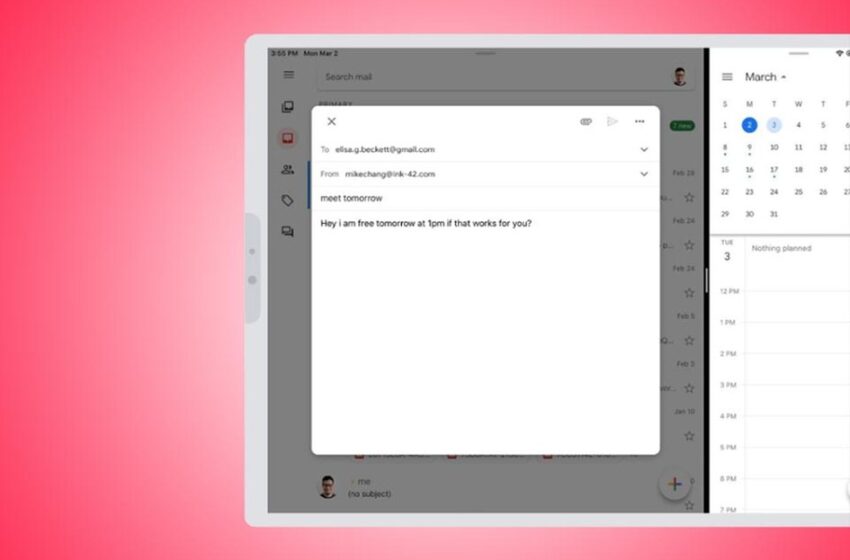 You can now use Gmail in split view on your iPad

(Pocket-lint) – Apple has been on the multitasking bandwagon on the iPad for a few years, each time it added Split View in 2015, letting you use two apps on your tablet screen at once .

This feature, however, required app developers to get on board, which has long held back one of the apps that would be most useful to many people in Split View – Gmail.

Google hadn’t given Gmail this feature for so long that we were beginning to lose hope that it would ever arrive, but here it is – an update! The feature has been rolled out to all Gmail users, and will be enabled by default.

This means that its activation is very simple.

How to use Gmail in split view on iPad:

And voilà, you’ll be working with increased productivity in no time. As Google points out in its blog post announcing this change, this feature could prove useful in a number of ways, whether it’s letting you check a date in your calendar before inviting someone to an event, or browse your photo library before deciding which one to attach.

According to Google, the feature should be available to all users. So you can get an updated version of the app anytime to see if it works for you.