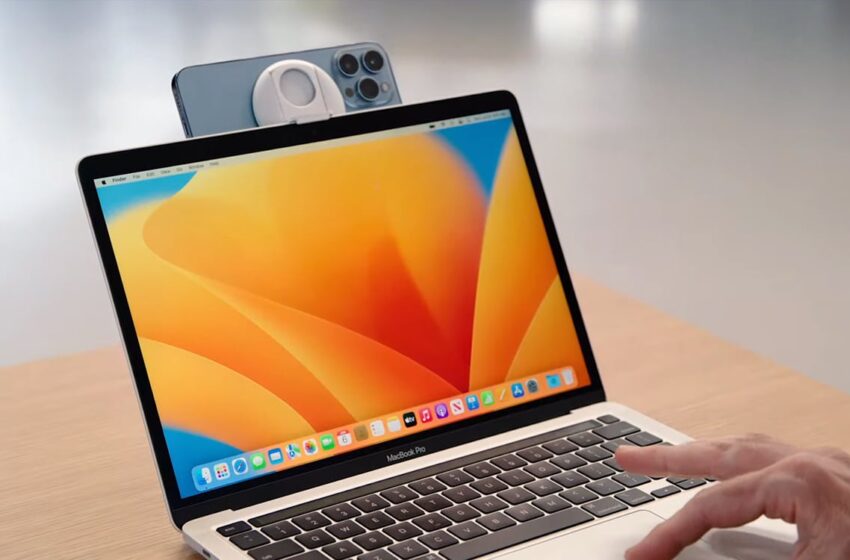 What if your iPhone’s photo sensors turned into a webcam for your Mac? This is rather an excellent idea for those who complain about the poor quality of the webcam integrated into their computer, and this is what Apple will offer very soon via the new version of macOS Ventura.

It was during one of its annual keynotes, in this case the WWWDC 2022, that Apple presented all the new features that await users of macOS Ventura. Among the string of new features that the operating system has, there is one that is rather well seen for those who would like to take advantage of the excellent recording quality of the iPhone, rather than the average possibilities offered by a Mac.

Apple will thus offer MacBook users put their iPhone at the top of their computer screenand thus use the rear photo sensors of their smartphone as a webcam.

When the iPhone becomes a Webcam for Mac

The feature in question, dubbed Continuity Camera, can fetch video stream from iPhone and pass it to compatible macOS apps. Thus, it will be possible to use its “iPhone transformed into a Webcam” within video call applications such as Teams, FaceTime or WebEx.

Note, however, that this is not the first application of its kind to offer such an operation. Camo Webcam (for example), which supports apps like Meet, Team or Zoom, does the exact same thing on macOS and Windows. But this will be the first time that Apple’s OS will natively offer such functionality. 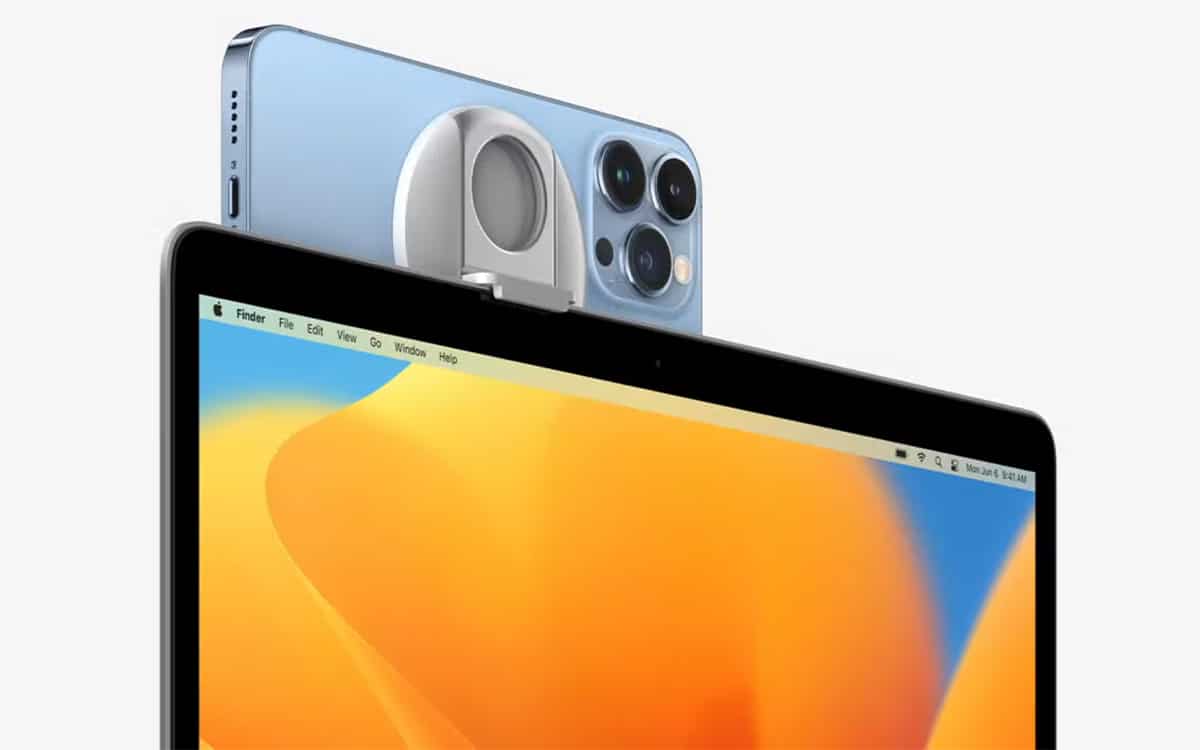 Unless you arm yourself with a pile of books and balance the iPhone (dangerous), you will obviously have to add a small support to hold the smartphone on the back of the MacBook. Apple has therefore partnered with the manufacturer Belkin to provide users a small dedicated support during the year.

This new feature will be available to all iPhone and MacBook users via a simple software update. There is nothing to plug in, the whole operation is done instantly and wirelessly. No hardware upgrade, with the exception of the previously mentioned support, will be necessary.