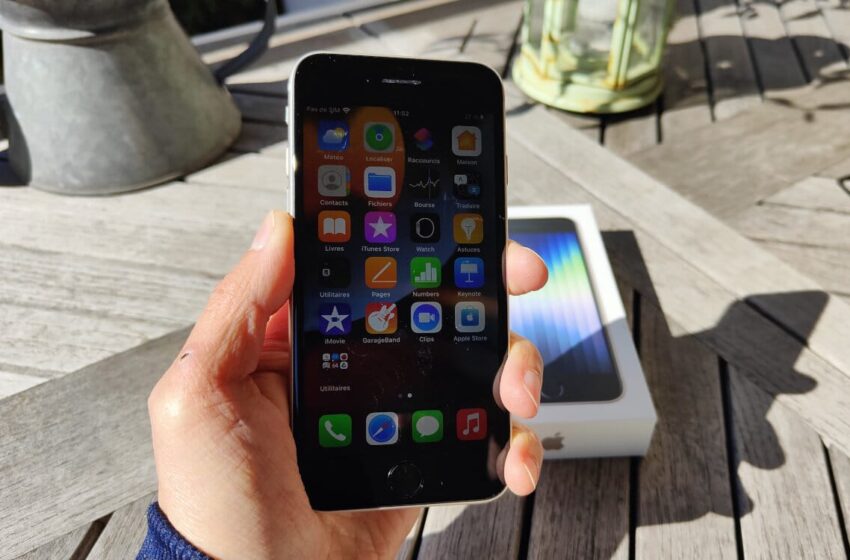 Apple expects to sell 20 million fewer iPhones than expected this year. The American giant fears that the shortage of chips, inflation and the coronavirus will weigh down the smartphone market in the world.

Financial analysts expect Apple to sell a total of 240 million iPhones this year. Market watchers believe continued demand for the iPhone 13 and the arrival of the iPhone 14 should see the brand record strong sales.

For its part, Apple wants to be much more cautious. According to a new report from Bloomberg, the Cupertino giant does not expect to sell more than 220 million iPhones in the world. Apple would have recently transmitted its sales projections to its suppliers, reveals the media.

The smartphone market is down

The company simply expects to suffer from the economic crisis that threatens the entire smartphone market. According to Strategy Analytics, worldwide smartphone sales will contract 2% in the course of the year. All phone manufacturers stand to suffer.

In this first quarter of 2022, sales also fell by 11% compared to the same period last year. In this sluggish market, Apple still posted 3% growth thanks to the continued success of the iPhone 13 and the new iPhone SE.

According to Counterpoint, sales are down mainly because of the shortage of computer chips. The popularization of working from home, the strong demand for PCs, and the health constraints against Covid-19 have resulted in a significant lack of semiconductors. This shortage has prevented most manufacturers from meeting their production targets.

“Geopolitical issues, component shortages, price inflation, exchange rate volatility and Covid disruption will continue to weigh on the smartphone market in the first half of 2022 before the situation eases. in the second semester”says Linda Sui, Senior Director of Strategy Analytics, who talks about a “two-part story”.

Note that it is possible that Apple adapts its plans in the coming months depending on demand. If the iPhone 14s are a huge success, the Californian group may very well choose to produce more terminals at the end of the year.