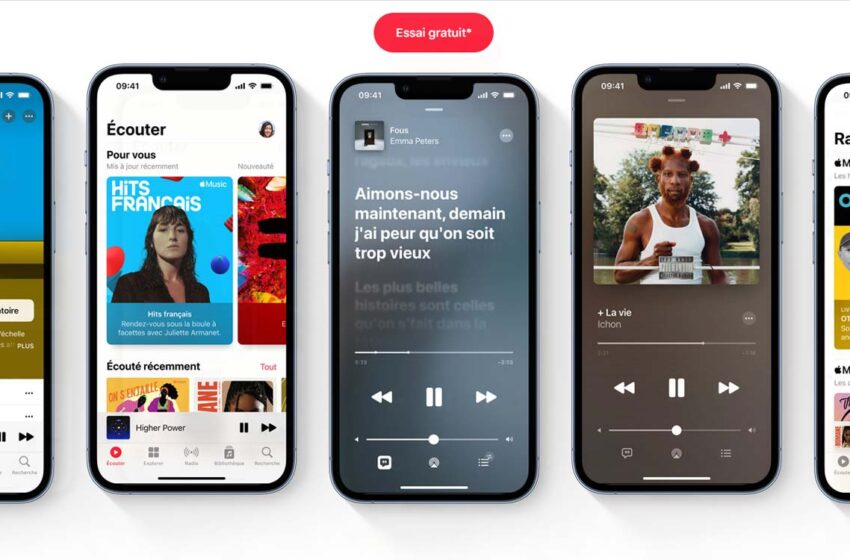 Apple Music no longer knows how to chain songs without cutting since iOS 16.2

As of December 15, 2022, Apple’s discussion forums echoed a recurring problem on Apple Music. Many members of the community are complaining that the Gapless Playback, the playback of titles without interruption, from Apple Music no longer works on iPhone, iPad, but also on HomePod.

If it’s not not really bothersome in most cases, the most music-loving, who listen to albums made to be played in one go, for example, are heavily penalized. Note that the Gapless Playback function of Apple Music should not be confused with crossfading. At present, the latter is still not implemented in Apple Musicwhich is also a real handicap.

On the forum, the first user to suffer the inconvenience on Apple Music asks: “who else has a problem with gapless playback on iOS 16.2? I have an iPhone 14 Pro Max, and I see a cut every two or three songs in an album to listen to without interruption. It is really disturbing when the songs are supposed to flow smoothly. I already had this issue with iOS 15.4, and a few years ago before that, so it’s annoying to see the issue popping up all the time.”

The update to iOS 16.2 seems to be the culprit of this technical problem

Through their discussions, users have found that gaps in the gapless playback appear systematically since they updated their devices to iOS 16.2. iOS 16 brought a lot of new features like lock screen customization. Its launch, however, was not without its hiccups.

To read – iOS 16: this program allows you to change the font of your iPhone without jailbreak

Although the deployment of iOS 16 made it possible to correct a zero-day flaw, it still caused shaky image problems or a bug displaying fluorescent bands at startup. Many Apple Music subscribers threaten on the forum to go over to the enemy, if the engineers of the Cupertino company do not offer a definitive solution to this problem. The release of iOS 17 may bring them satisfaction. This is scheduled for September 2023, at the same time as the presentation of the iPhone 15.