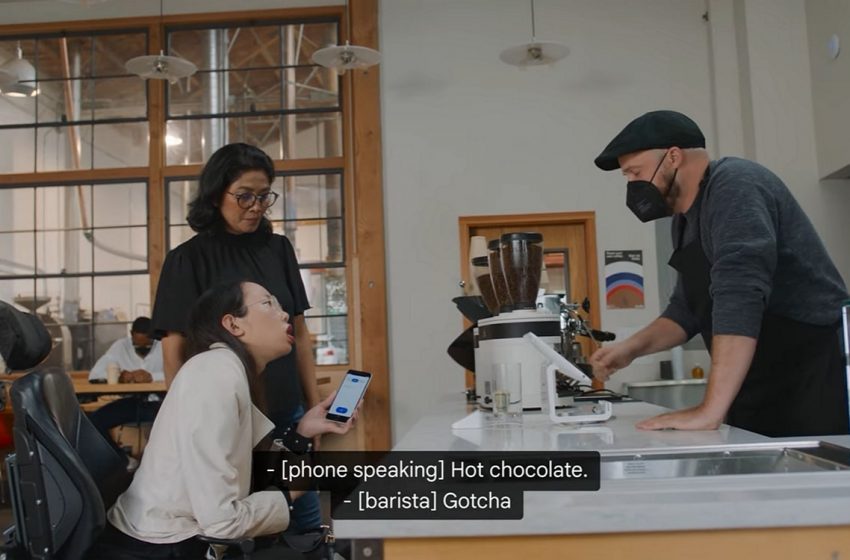 Google recently introduced its Relate voice assistant, which aims to provide more communication options for people with speech impairments. The company is actively looking for people to test the app and help make it smarter.

People with speech impairments may find it difficult to converse with those around them, and this is precisely what Google wants to avoid. To combat these communication difficulties, the company presented Relate, an app that will provide voice transcription and synthesis which could make it easier for users to make themselves understood.

The Relate project was launched in 2019 under the name Project Euphonia. For a few years now, Google has been working to create speech recognition models that will better understand people with speech disorders, such as ALS, cerebral palsy, Parkinson’s disease, stroke, and more. traumatic brain injury. So this is another step forward from Google in the field of health, since the company can already help you identify a skin problem with your smartphone, and the Pixels can even measure your heart rate and respiratory rate.

How does Google Relate work?

The Relate app will first ask users to record a set of phrases that will be used to create a custom voice model that excels at understanding the tester’s speech. The latter can then have access to 3 different features that will help them communicate with those around them.

To read also – Google Pixel: you can now answer unwanted calls without picking up

First of all, we find the “Listen” tab, that transcribes your speech to text in real time, allowing you to copy and paste text into other apps or let people read what you want to say to them. The second feature is called “Repeat”. She repeats what you said using a clear voice, which is especially helpful in face-to-face conversations. Finally, users will have access to an “Assistant” function, which is simply an access to the Google Assistant of Android smartphones to help you search for information or perform tasks like turning on the lights.

In order to make the app smarter, Google is actively recharging adult volunteers who have difficulty making themselves understood by others. They will need a Google account and an Android phone. In addition, the test is only accessible to English speakers living in the United States, Canada, Australia or New Zealand. Volunteers will need to record 500 sentences, which should take between 30 and 90 minutes. This will allow the assistant to take into account different profiles to become more versatile once Google rolls it out for everyone in the future.