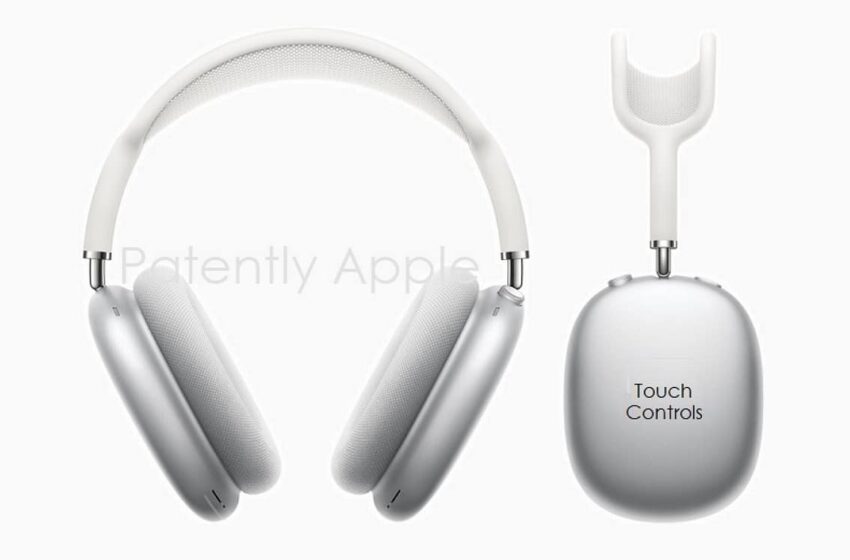 After a successful first generation of AirPods Max wireless headphones, Apple is now working on the new generation, and it could well ignore the digital crown.

According to a patent discovered by Patently Apple, the Californian giant would consider modifying the controls of its next connected helmet. Indeed, then that the current generation uses a digital crown to change the volume, skip to the next song, answer calls or even activate the voice assistant Siri, the new generation could well bet on touch controls.

This is not really a surprise, since we recently saw that Apple also wanted to remove the Digital Crown from its Apple Watch in favor of an optical sensor. The new patent recently filed by Apple reveals how such touch controls could work.

Also read – Airpods Max: moisture forms in the headphones over 600 €

The AirPods Max 2 headphones could be tactile

According to patent information, Apple is working on gesture processing on a touch surface. This touch-sensitive surface would be managed by different processors capable of recognize your gestures to perform an action, such as skipping to the next song or asking Siri a question.

This is not the first time that we have come across a patent announcing the arrival of touch controls on an AirPods Max headset. The American manufacturer had already filed two other patents in 2020 which described how the ear cups of the headphones could become tactile. The withdrawal of the Digital Crown may well please some users, but annoy some who find touchscreen technology not always reliable. Apple had also abandoned the touch surface on its AirPods 3 headphones in favor of a pressure sensor that only recognizes pronounced pressure.

In addition to going touchscreen, Apple is also expected to improve the active noise reduction and connectivity of its upcoming wireless headphones. Indeed, analyst Ming-Chi Kuo previously said thatApple could opt for a new H2 chip. The latter would be able to better analyze ambient noise, but also to allow the headset to connect even faster to other devices.