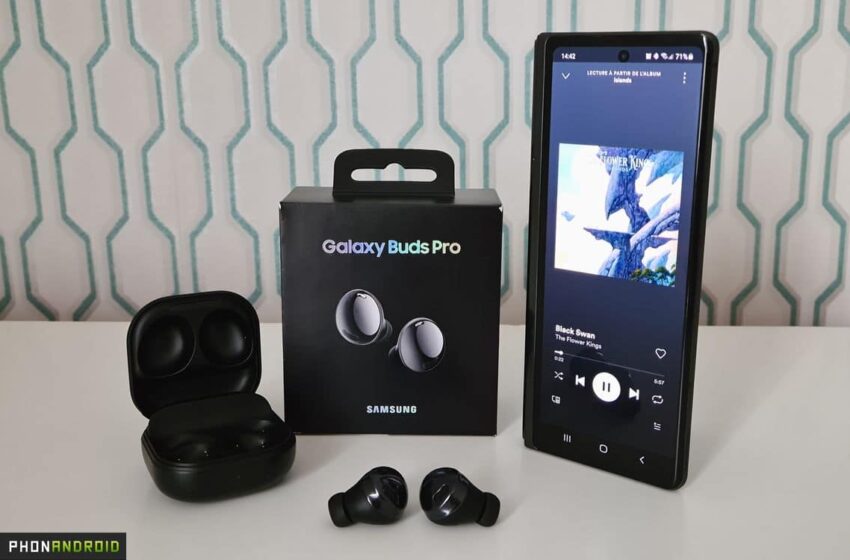 Galaxy Buds Pro 2: the price of Samsung’s new headphones on the run

Samsung’s Galaxy Buds Pro 2 should be presented during the month of August. A leak gives us their price: they would be sold at 230 euros. A price similar to the first model released in 2021.

Samsung will hold an Unpacked conference on August 10. This will be an opportunity for the manufacturer to present its new foldable smartphones, but also its new connected watch. In addition to that, we will have the right to new high-end headphones: the Galaxy Buds Pro 2.

According to 9to5Google, these new headphones will cost $230. Unsurprising information, since it confirms what SnoopyTech announced a few days ago, namely that they would be sold for 230 euros. A classic euro/dollar conversion, which would not change much for Europeans.

The Galaxy Buds 2 Pro will be announced on August 10

For US buyers, these Buds Pro 2 will be $30 more expensive (Buds Pro being priced at $200 upon release), but for Europeans it won’t make a difference. In effect, the first Buds Pro were already on the market at a price of 230 euros.

For the moment, we don’t really know what these new True Wireless headphones will bring compared to the previous ones. We can imagine a technical improvement, like a slightly better sound, and a more robust battery, but for the moment, we don’t know much about them. At present, the first Buds Pro of the name remain the best headphones in their segment. As a reminder, they offer active noise cancellation, an ambient sound mode, but also voice detection which allows you to lower the music to a minimum if you speak. Features that we expect to find in the new version.

Note that 9to5Google also specifies that the Galaxy Watch 5, which will be announced at the same conference, will be available in several colors: gold, silver and gray. The conference will also be an opportunity to discover the highly anticipated Galaxy Z Fold 4 as well as the Z Flip 5, the brand’s foldable terminals. For the latter, we hope for technical improvements, but also a price drop.