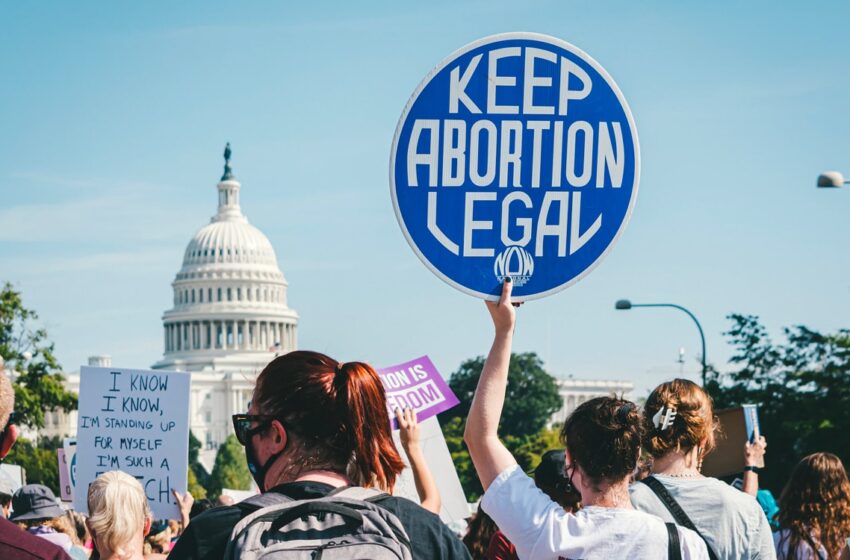 Since the start of the pandemic, Google Maps has made sharing information related to health and ecology a priority. Since January 2021, for example, there are vaccination centers against Covid-19, while the mapping service now displays the least polluting routes first.

The Mountain View firm has been seeking for the past few years to become a reliable source of information on medical matters“by making authoritative information accessible”. In fact, one would think that Google Maps applies the same rigor to abortion centers. However, and according to a recent study by our colleagues on the Bloomberg site, That’s far from being the case.

The outlet reports the story of Chey, a 19-year-old college student from Orlando, California. When she discovers that she is pregnant, she decides to have an abortion. With no one to ask for advice, she goes to Google Maps to find the location of the nearest abortion clinic. “I wanted to find a place close to my partner, to tell him to come with me”, she explains.

CPCs, the trap for those seeking an abortion

Her Google Maps search led her to a place that offered the complete opposite. These structures are called CPCs, for crisis pregnancy centers. These non-medical organizations, often run by religious groups, have the mission to encourage women to avoid abortion and to continue their unwanted pregnancy.

Worse still, CPCs have a habit of provide false information, claiming that abortions can lead to mental health problems, increase the risk of breast cancer, harm fertility or cause fetal pain in the unborn child. Of course, this information has all been dismantled and refuted by research for years.

However, according to Bloomberg’s analysis, Google Maps regularly misleads people looking for abortion centers. According to data collected in July 2022, when users type the term “abortion clinic” on Google Maps, CPCs account for around a quarter of the top ten results research on average in the 50 US states.

CPCs represent half of the results

This share worsens in states that have recently banned the procedure, such as Arkansas or South Carolina, since CPCs constitute five or more of the first 10 results displayed. Remember that in these States, the fact of asking someone for help with an abortion engages the legal responsibility of this person. In fact, Google has become an essential source of information for women seeking an abortion in those states that prohibit this medical act.

However, we find that the web giant failed to eliminate inaccurate results in Maps regarding abortion. Note that this issue has been the subject of political pressure and debate for several years now. In June 2022, several Democratic lawmakers urged the Mountain View firm to give accurate results to people seeking an abortion.

Unsurprisingly, the Republicans and Conservatives responded quickly. A month later, 17 Republican prosecutors wrote to Google CEO Sundar Pinchai, calling on the company not to “to discriminate” with respect to CPCs in search results. A scandalous and dangerous statement for Allison Cowettdirector of the family planning association.

“If Google is a pro-science organization, or even just a neutral one, they wouldn’t want to drive people to those places that share misleading ads that can harm their lives. These bogus clinics are not on an equal footing with people who practice evidence-based medicine,” she asserts.

Google claims to have strengthened verification of results

The main problem would be with searching by business category, which often shows similar businesses instead of indicating that there are no relevant results. Which, according to experts polled by Bloomberg, causes CPCs to dominate the results (the USA has 2500 CPCs against 800 abortion clinics in the country). And yet, this problem is not necessarily limited to the search for companies. In some cases, the NARAL Pro-Choice Foundation has demonstrated that CPCs deliberately used similar company namesor even identical, to those of abortion clinics, to appear in the results.

After the publication of the Bloomberg study, Google assured that it strives to present relevant and precise results, which help users find what they are looking for. The company adds that it added “additional layers of verification” for certify that businesses flagged as “abortion clinics” on Google Search and Maps”actually offer abortions”. Nevertheless, the Bloomberg study proves that Google is not yet able to enforce its own policy on Maps.