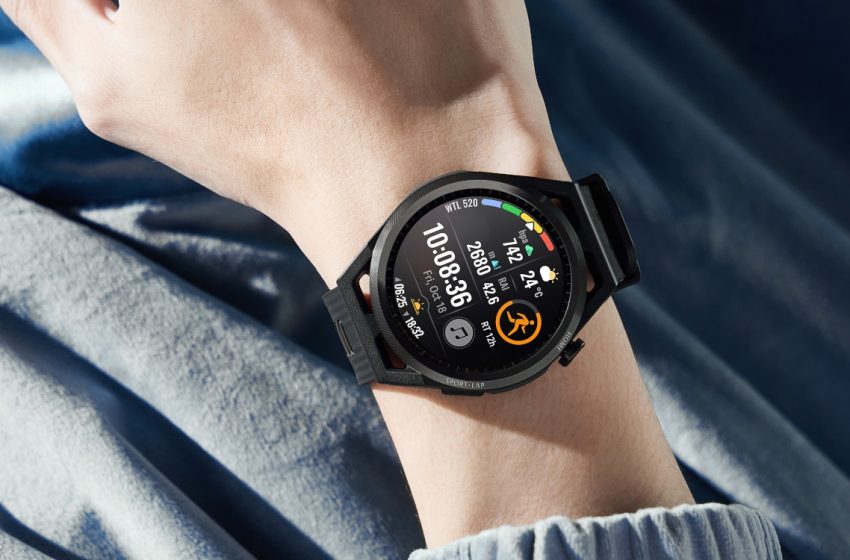 Huawei launches the Watch GT Runner, a smartwatch for athletes under 300 euros

Huawei announces the arrival in France of the Watch GT Runner. A sporty and elegant watch, it builds on the strengths of the brand’s previous models, particularly in terms of autonomy. Running under HarmonyOS, it is marketed from January 26th. Its price will be 299.99 euros. It will accompany the P50 Pro and P50 Pocket Edition which have also been announced in France.

Huawei announced the arrival in France of several products today. Two of them are smartphones. There is the P50 Pro, the firm’s new flagship and photography specialist. It is offered to 1199 euros. And there’s the P50 Pocket Edition, a direct competitor to Samsung’s Galaxy Z Flip 3. It is offered to 1299 euros in standard version and 1599 euros in a “premium” version. We advise you to read our dedicated articles to find out more.

The Huawei Watch GT Runner arrives in France at 300 euros

The third product announced by the French subsidiary of Huawei is the Watch GT Runner. The watch is not really new, since it was made official in China in November 2021. It is a rather “mid-range” model, with a fairly high selling price. Indeed, Huawei sells it to €299.99.

We are not in the same niche as the Apple Watch. But Huawei is positioned from the outset against Samsung’s “standard” Galaxy Watch 4 (and not the Classic version). It is also more expensive than the Watch GT 3 (229 and 249 euros), but less than the Huawei Watch 3 (from 369 euros). 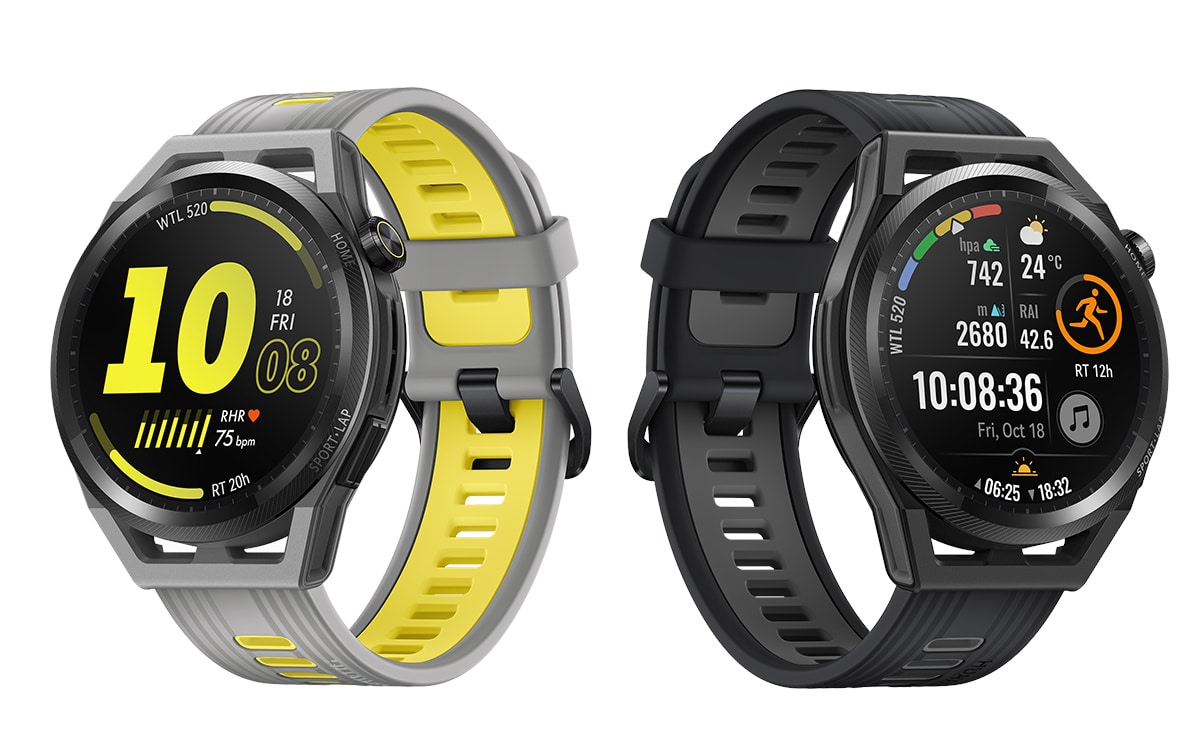 If the GT Watch Runner comes in two colors, black and silver, there is only one case size: 46 mm, like the Watch GT3. It incorporates a similar screen: a round and 1.43 inch AMOLED (resolution of 326 pixels per inch). It also uses the standard attachment system for bracelets. The case is obviously waterproof (certification 5ATM).

On the back, you will find a new generation heart rate monitor called TrueSeen 5.0. It doubles as an oximeter to measure the level of oxygen in the blood. On the other hand, the watch loses the thermometer of the Watch GT3. You will also find the whole battery of classic environmental sensors (still without altimeter), including the autonomous GPS. Huawei says it has changed the location of the GPS antennas to improve signal quality. 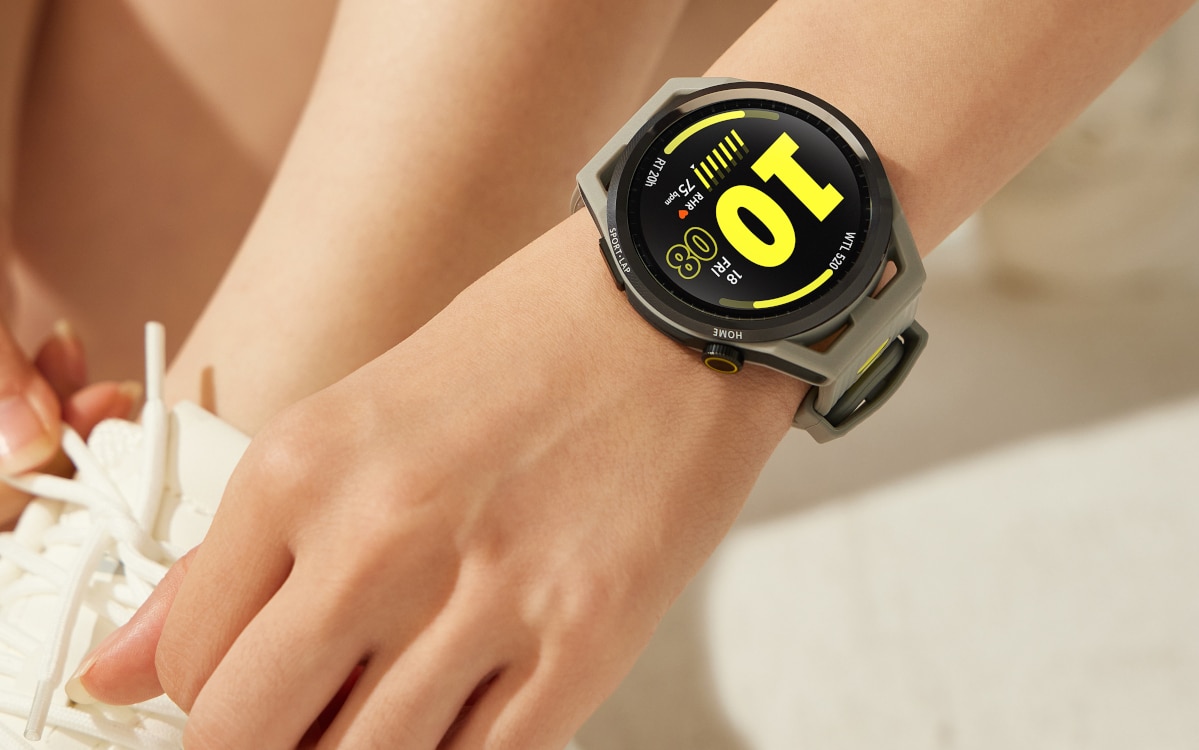 Inside the case, you have 4 GB of storage for the operating system. It is obviously aboutHarmonyOS which you also find in the Watch 3 and the Watch GT 3. Huawei’s operating system is integrating more and more sports programs. The Chinese firm announces more than 100, the great classics (hiking, running, triathlon, rowing, cycling, swimming) and more modern disciplines such as HIIT.

The Watch GT Runner benefits from two weeks of autonomy

Another important point: the battery. It offers the same capacity as the GT3: 455mAh. Huawei promises an autonomy of 14 days (with permanent heart rate monitoring), which is far superior to what watches with open operating systems offer (Galaxy Watch 4, Oppo Watch, Apple Watch). On the network side, you don’t have WiFi, unlike the Apple Watch, but Bluetooth (here in version 5.2) for connection with the smartphone (HarmonyOS, Android and iOS) and NFC for contactless payment.

Here is a complete summary of the features of this Watch GT Runner compared to its main competitors. Its commercial launch takes place today, Wednesday, January 26, 2022. Does it seem expensive to you vis-à-vis its proposal? See you in the comments to continue the discussion.