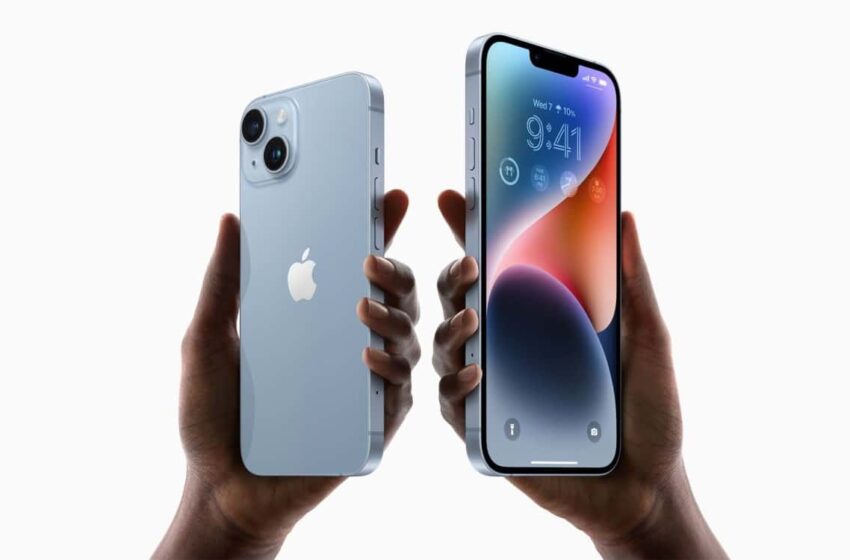 iPhone 14: good news for DIYers, its glass back is easier to disassemble

The new structure of the iPhone 14 should make it easier to replace its glass back. A welcome improvement that should improve Apple’s poor repairability reputation.

Is it the absence of the Dynamic Island, or the too few photo modules? Perhaps it is simply the price difference between the two ranges that is not high enough? Still, the iPhone 14 and iPhone 14 Plus are apparently less successful than their high-end big brothers. The most affordable models in the range, however, do not lack assets to seduce. The Cupertino firm has notably simplified their repairgood news for our wallets.

Looking at the back of their device, new iPhone 14 owners will find that it should be possible to disassemble the glass back without disassembling the entire device, which will put the operation within reach of individuals. Indeed, Apple has modified the internal structure of the iPhone 14 which also allows them to benefit from better cooling and more efficient heat dissipation.

Year after year, Apple improves the repairability of iPhones

This should greatly improve the generally quite low repairability scores given to the Apple brand. Apple is not the only company to blame for planned obsolescence, since with the Apple brand, Samsung and Microsoft are the worst according to iFixit and Greenpeace. Note all the same that for a few years, the Cupertino company has been trying to raise the bar, and obtains ever-higher repairability ratings (6/10 for the iPhone 13 Pro).

Another good news for DIYers, according to TechCrunch, it will be possible to change the screen of Pro models without having to disassemble the True Depth camera. When we know that Apple charges €199 to replace the glass back of the iPhone 14 (€29 if you have subscribed to AppleCare+), and €405 for the screen of the iPhone Pro 14, we say to ourselves that this greater modularity of the iPhone is a real breakthrough for consumers. It only remains for Apple to open the Self Service Repair, a platform through which the company is committed to sell official spare parts for its products and to provide their repair guides, all over the world.