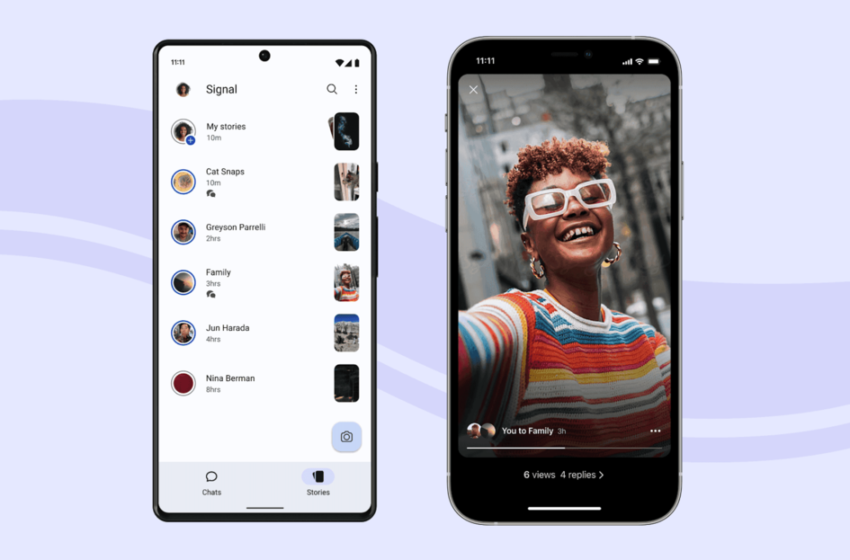 Signal messaging app adds stories like all other apps

(Pocket-lint) – Instant messaging platform Signal has launched its Stories feature to the public, but don’t worry. You can also disable it.

Stories seem to be available in just about every app we have installed on our phones right now, with Instagram, Facebook and others all jumping on the bandwagon. Now Signal has done the same and you can watch short videos of your friends and read messages from your grandma, all in the same app.

Signal was already testing the feature with some people, but it’s now confirmed to be available to everyone. Ephemeral videos and images can be found in a new tab at the bottom of the app’s home screen. You can of course watch stories shared by other people, but you can also share your own images, videos and text updates, provided you are using Signal 6.0 or later on iPhone or Android. Signal says app updates should be available on the App Store and Google Play Store soon, if they haven’t already.

Don’t want to deal with stories in your posts? No problem, Signal knows that some people may think so. That’s why you can completely disable this feature in the app settings. Note, however, that your choice will not be broadcast to everyone. This could lead to some weird situations where people wonder why you don’t watch their hilarious videos. You just have to tell them yourself.

For those who want to use Stories, Signal has added a number of options. You can change who will see your stories, including sending them to all of your contacts who use the app or only sending them in a 1-1 chat. Whatever suits you.

Signal also points out that you can manually hide stories from certain people, so don’t worry about being confronted with ones you don’t want to see.