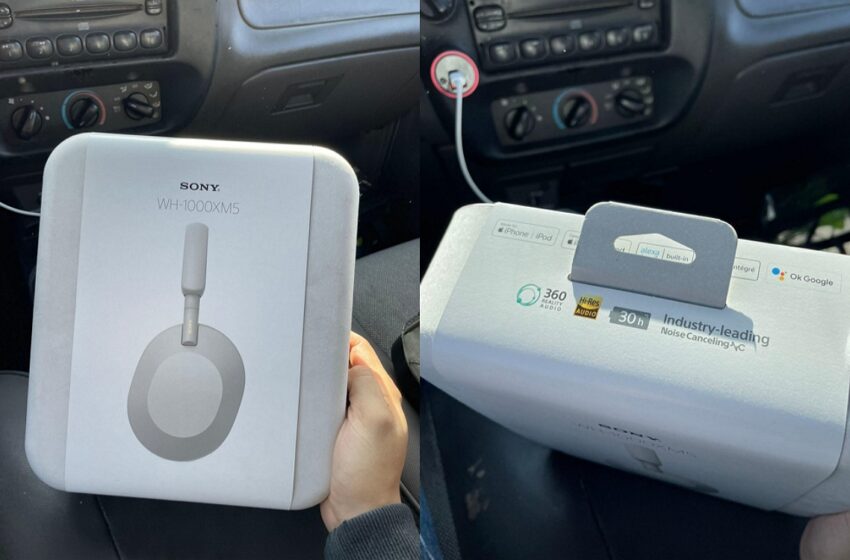 Sony is set to launch a new high-end WH-1000XM5 Bluetooth headset, which will be a direct successor to 2021’s WH-1000XM4. The new design has just been confirmed by pictures stolen from the box.

A few days ago, Technik News shared the first official images of Sony’s next headset. We could discover that the helmet was going to offer a new, more modern design, which will replace the old aesthetics that had not changed for a few generations. Several months before the launch scheduled for next August, a user has already been able to pick up the box of the headphones., confirming in passing the new design, but also some technical characteristics.

On Reddit, a user named u/Chez5160 shared some images of the headset packaging. We discover that it would be a French version, since we find indications in French such as ” Designed for iPhone and iPod ” and ” Built-in Alexa on one side of the box. As some specimens already seem to be wandering in nature, it would not be surprising to see other users posting photos of the helmet over the next few weeks.

As the packaging reveals, the next Sony WH-1000XM5 headphones will offer 30 hours of battery life, which is identical to the previous generation Sony WH-1000XM4 that we were able to test. We also discover the mention “Indistry leading Noice Canceling”, which indicates that Sony has once again improved its active noise cancellation technology. It should therefore once again outperform its competitors such as the AirPods Max or the Bose QuietComfort 45.

Unsurprisingly, we will find like the previous generation two integrated personal assistants: Alexa and Google Assistantbut also the 360 Reality Audio and Hi-Res Audio technologies. Charging will still be via USB-C, and it might even be a little faster than the previous generation. For those who often run out of battery, the headset retains its jack to connect it to another wired device.

User u/Chez5160 announced on Reddit that the launch of the helmet is scheduled for August, i.e. in three months. It is therefore quite surprising to see the helmet already circulating in nature. It is hoped that the new design will not be accompanied by a price increase, since the Sony WH-1000XM4 had already been launched at a high price of 379 euros last year. Sony’s next headset will likely be accompanied by a new pair of high-end wireless headphones: the Sony WF-1000XM5.