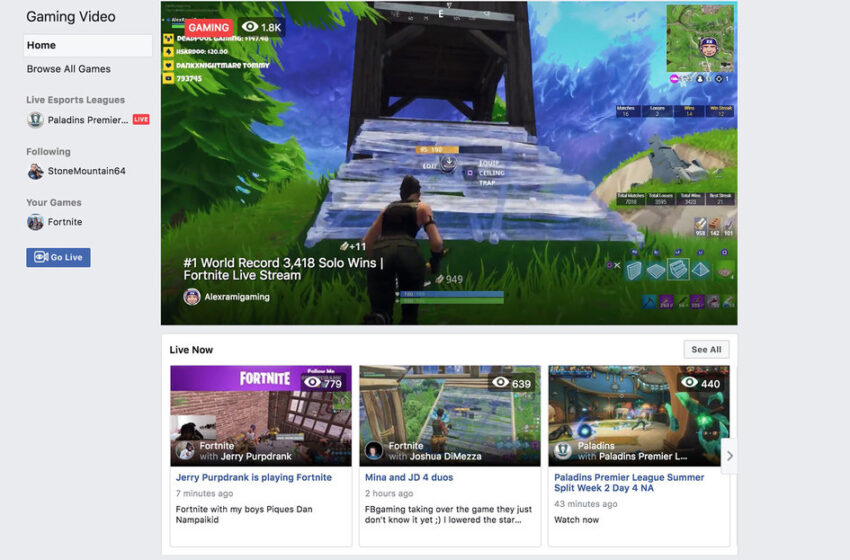 What are Facebook Games and how do they work?

Originally, Facebook gaming started life as a dedicated, independent hub known as FB.gg. This hub gave Facebook Live streamers – who primarily broadcast gameplay – a landing page to find streams and start a live stream. In 2019, the company made Facebook Gaming accessible through an easy-to-access tab within the main Facebook app on your phone.

Then the company has launched a dedicated mobile application to make Facebook Gaming even more accessible. But what is Facebook Gaming? How does it work and should you care? We present what you need to know to help you find out.

What is Facebook’s Game Streaming Hub?

This section of Facebook aggregates live and pre-recorded gaming videos on the social media platform. Keep in mind that Facebook offers the ability to live stream through its Facebook Live tool, and this hub is an extension of that, but with a focus on game streams.

Facebook’s Game Broadcast Center has been in the “experimental phase” for a while, but it’s starting to grow rapidly lately.

This section of Facebook includes a News Feed where fans can explore relevant game content, improvements to recommendations, an expanded inventory of game videos in more languages, and the integration of an Instant Games tab on the mobile version of game hub so people can switch between watching and playing games.

“People will be able to discover gaming videos on our new destination based on the creators and games they follow, the Pages they like and the Groups they belong to. We will also feature creators, esports competitions and game industry event content on FB.gg.”

On the left side of the hub, there’s a persistent navigation bar, with links to the following sections: Home, Browse Games, Browse Streamers, View Clips and more. Here’s how these sections work.

This is the hub homepage. There’s a live stream at the top of the page, followed by a category for selected live streams and another category that lets you find streams by game, like Fortnite. Below that is a category for suggested streamers, which you can then follow individually. Other categories include people you’ve followed, recent live streams, streams watched by your friends, and more.

The Browse All Hub Games section lets you find other games to follow.

Players can create tournaments and organize games where players can compete on specific dates.

As you might expect, you can also access more casual Facebook games to play with your friends. Games like Words with Friends, Uno, Bubble Shooter and many more appear here. You can search for games or find them through categories.

Go to FB.gg (or www.facebook.com/gaming).

How do I follow a streamer on Facebook’s Game Hub?

To follow streams from a particular streamer, go to the Suggested Streamers category from the home page, then find a streamer you like, and click Follow. The link will be added to the “Follow” section on the left of the hub, where you can browse all of that person’s available streams.

How do I follow a game on Facebook’s broadcast hub?

To follow a game’s streams, go to the Streams by Games category from Home, then find a game you like, and click the Add to Games button. The link will be added to the Your games section on the left of the hub. Click on the link to browse all available streams for this game.

In addition to watching other gamers stream, you might be interested in Facebook Gaming because you want to get into streaming yourself. The good news is that the process is quite simple.

Facebook offers a dedicated page to help you register and join the community of Facebook game creators. This page walks you through the startup process, which includes the following steps:

Here is a video that shows you how to do it (as an example) with Streamlabs OBS:

You will also find detailed guides here on how to broadcast your game live.

By Pocket-lint International Promotion
·
5 May 2022

Besides enjoying playing as a hobby, you might be interested in Facebook streaming to earn some money. Like on Twitch, players have the ability to monetize their gameplay streams in a variety of ways. While Twitch has an affiliate system with subscriptions, bits and such, Facebook has its LevelUp program.

To qualify for this program, streamers must meet certain criteria, including:

Once these criteria are met, you can go to your Creator Dashboard and apply for the Level Up program.

It should be noted that the Level Up program is not available worldwide. So it’s worth checking the current list of approved regions before you start.

Once you have been approved to join the Level Up program, you can monetize your stream. Viewers will be able to send you Facebook stars. For each star sent, Facebook will pay you 0.01 USD. To get paid, you need to earn at least $100 or 10,000 stars. Before that, you will also need to configure your payment settings.

In addition to stars, viewers of your stream can also send you animated virtual gifts with different star values. But don’t start your Facebook gaming career thinking you’ll be rich in a few weeks.

For more on all of this, check out the Bootcamp Level Up.

One of the other updates made by Facebook lately is the addition of the Facebook Gaming app. This app is designed to help game lovers more easily discover content, connect with other gamers, and play casual games.

The app is very similar to Twitch’s in that it lets you easily access and watch videos from your favorite streamers. From the app, you can also comment on streams and interact with Facebook groups, among other things.

If you feel like it, you can also start streaming from the app. This allows gamers to easily stream mobile gaming with just a few clicks. It could be a broadcast of your mobile Call of Duty game, PUBG mobile or something more casual. You have the choice.