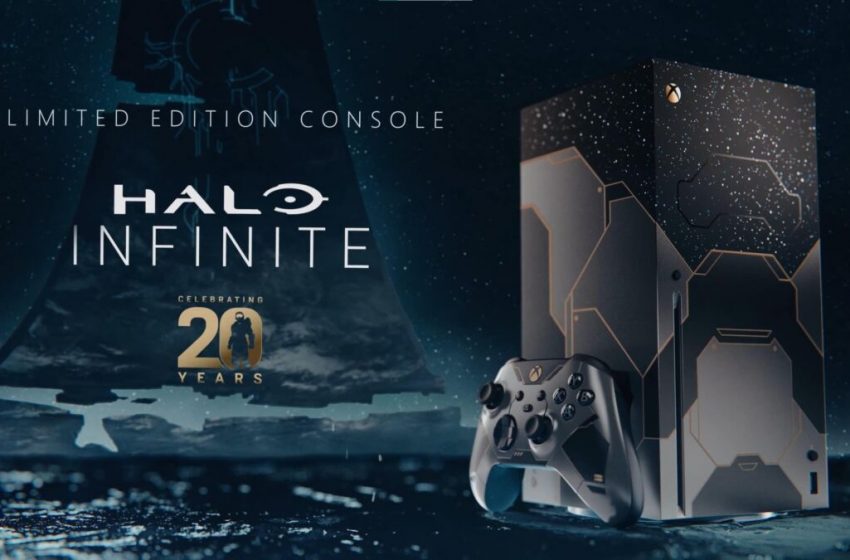 Xbox Series X: Microsoft launches a console in the colors of Halo Infinite, there are already more!

Halo is 20 years old. This is the opportunity for Microsoft to customize its Xbox Series X in the colors of the saga, as well as several accessories that accompany it. Unfortunately, if you want to get your hands on it, know that it only took a few minutes for stocks to run out.

After almost a year of existence, the Xbox Series X is equipped with its very first limited edition. If it’s almost the console’s birthday, it’s already Halo’s. The cult saga celebrates today 20 years since the release of his first opus which has left a lasting mark on the history of video games and which has allowed Xbox to take root in the landscape. Microsoft therefore wanted to mark the occasion and release a somewhat special console. This time, no mini-fridge or suitcase, the publisher opted for a more classic solution: the customized console.

Available for $ 549.99, the Xbox Series X in the colors of Halo is of course accompanied by a wireless controller incorporating the design. When it turns on, it plays sounds from games, just like the old Halo limited editions. Players are also entitled to uan Elite Series 2 controller, a Raizer Kaira Pro Bluetooth headset and a Seagate hard drive taking up the theme of FPS. The set is available at a price of $ 199. The hard drive, meanwhile, sells for $ 99.99 for 2TB of storage and $ 159.99 for 5TB of storage.

These latest accessories will hit the market in October and are not yet available for pre-order. On the other hand, if the Xbox Series X Limited Edition catches your eye, we’ve got some bad news for you. As has been the case since its release, the meager introductory stocks ran out in no time. No wonder that.

The console is already almost impossible to find at the dealers. Add to that the 20 years of a saga dear to the hearts of players, and you will have the perfect cocktail for a very familiar shortage. Microsoft may come up with new sales in the future, but nothing is less certain. We can always console ourselves with Halo Infinite, which should probably be released on December 8.