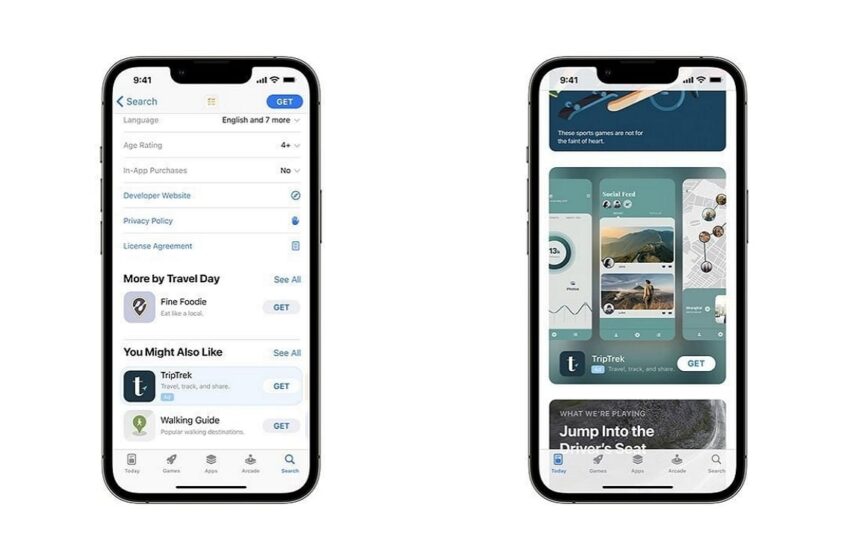 Starting next Tuesday, October 25, Apple will add app-related ads to the “Today” tab of the App Store. This marks a new milestone for Apple, which intends to increase its profits thanks to its users.

Apple had been selling ads inside Apple News and the App Store since 2016, but in recent months the American company has shown some interest in this sector dominated by Google, Meta and Amazon. In effect, last summer, Apple expanded the ways businesses could pay to reach customersincluding allowing them to buy ads on the front page of the App Store.

Apple has confirmed this novelty in a support page for developers. ” With a Today Tab ad, your app can appear prominently on the front page of the App Store, making it some of the first content users see when they begin their visit to the App Store. ‘App Store said Apple on the webpage.

Ads are coming to your iPhone this week

After a first announcement in September, Apple would have started contacting the developers to inform them that the new commercials will be posted on October 25, which is tomorrow. Ads will appear in the respective regional App Stores in all countries where Apple has a presencewith the exception of China.

In addition to the ‘today’ section, these new ads will also appear in the ‘You may also like’ section. We imagine that developers will now seek to publicize their applications by relying on those created by other developers to easily highlight their project.

This will actually allow competitors to advertise on their rivals’ pages, or increase the cost to a developer for that space to protect against this. We therefore expect to see Apple’s profits explode thanks to this novelty. Apple’s vice president of advertising platforms, Todd Teresi, has already announced plans to significantly grow the advertising business and increase its profit to double digits compared to the current $4 billion annually.

Bloomberg had also reported that the American giant was internally testing ads in Apple Maps and that he could also integrate them into other apps such as Podcasts and Books. Apple is therefore transformed into a real advertising giant, to the chagrin of iPhone users.