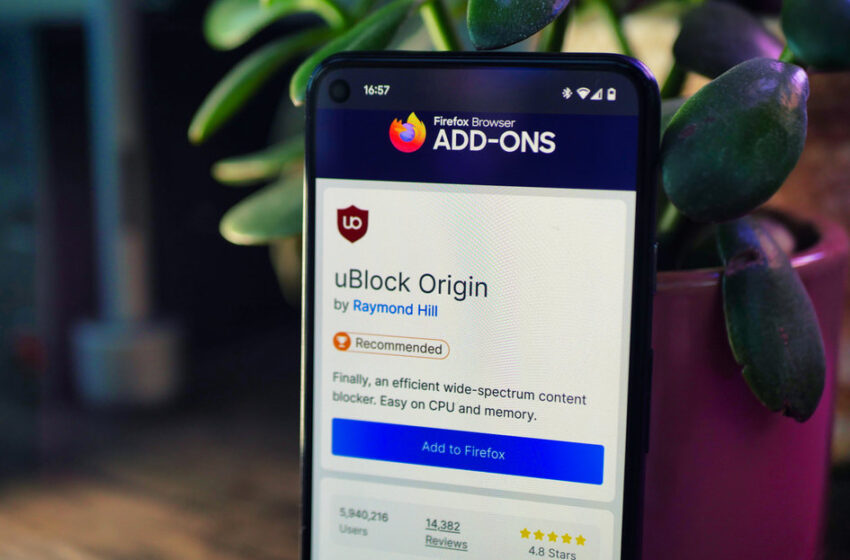 How to block pop-ups on an Android phone?

(Pocket-lint) – No one likes to be interrupted by a boring advertisement, but on our phones it’s become an all too common experience.

Most people know they can block ads on their desktop or laptop, but our phones tend to be overrun with these things. The days when you could install Ad Block Plus from the Play Store are long gone, as Google no longer allows system-wide ad blockers.

So how do you block ads? Luckily, it’s very easy, and we’ve covered it all in this guide.

But first, a few things to mention. It’s important to remember that ads keep sites (including this one) alive and are also important for content creators. So while they can be irritating, in some cases it’s worth allowing ads to support content you like.

In addition, we will focus on blocking ads in browsers. Remember that these solutions will not block ads in other applications, such as games, for example.

With that being said, let’s get into the guide.

How to block pop-ups and intrusive ads in Chrome?

Chrome is the default browser for the majority of Android phones, and as such it’s the one the vast majority of people use.

However, you don’t need to switch to another browser to block ads. Luckily, Chrome has a few handy tools built-in to help you out.

The only problem is that Chrome doesn’t block all ads, just pop-ups and ads that it deems intrusive or misleading. Here’s how to enable these features:

Now, Chrome will block the majority of pop-ups from loading and completely block ads on sites that offer misleading and intrusive ads. In a way, it’s the best of both worlds, as it allows you to support content that interests you without having to suffer glaring pop-ups.

But what if you want to go further and block everything? Read on.

How to block ads with different browsers

If you’re ready to ditch Chrome, there are plenty of browsers that offer more robust ad blocking options. Just keep in mind that you won’t be able to sync your history and bookmarks with Chrome on desktop, if you’re using it.

Our favorite option is Firefox, which installs add-ons that work like Chrome extensions on the desktop. uBlock Origin is a powerful, free and open-source ad blocker that can easily be added to the Firefox Android browser and blocks just about anything.

Another great and comprehensive option is the Opera browser, which has a solid built-in ad blocker and even a free VPN. There’s even a simple Adblock browser, if all you care about is blocking ads.

How to block ads with an app

So much for browsers, but what if you want to block ads in other apps? As we mentioned above, Google long ago removed ad blocking apps from its Play Store, but that doesn’t mean you can’t block ads elsewhere.

You’ll need to download these apps in parallel, which can be a bit tricky if you’ve never done it before, but that doesn’t mean these apps aren’t trustworthy, just that Google doesn’t want you to use them. . Which is understandable, given its business model.

Apps like AdGuard and AdLock are offered by reputable cyber security brands and should therefore be perfectly safe. The downside is that they’re subscription-based, so you’ll have to pay a monthly fee at the end of your trial period.