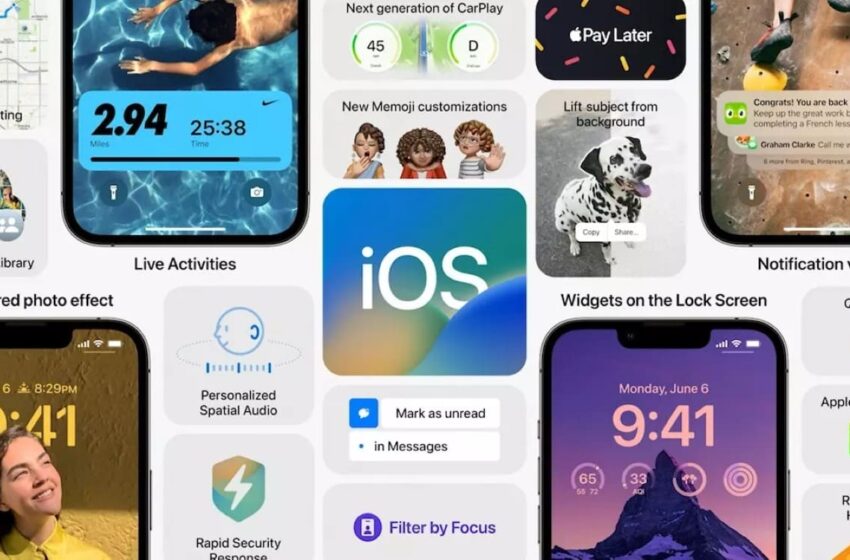 iOS 16.1: here are the best features coming with the update

Today, Apple is rolling out the first major update for iOS 16. It’s packed full of exciting features, some of which have been talked about for several weeks now. Follow the guide, we show you everything you should not miss with this new update.

With iOS 16, Apple has gone to great lengths to improve the experience of its users on the iPhone. Always-on screen, modification and marking of all messages as read, increased customization of the lock screen: these are not the new features that are missing. However, the Cupertino company has obviously kept it under its sleeve, as shown by the first major update of the operating system.

Available from today on all compatible iPhones (i.e. models from the iPhone 8), iOS 16.1 is not to be outdone in terms of new features. Between the new features of the Dynamic Island and the improvements to existing applications, there is plenty to do with this update. Hang on, here’s what to expect when you install iOS 16.1.

Discover all the new features of iOS 16.1

The Dynamic Island allows you to follow the matches live

This is THE great big new feature of iOS 16.1. The Dynamic Island, itself a major innovation of the iPhone 14s, will get even better with the iOS 16.1 update. From now on, users will be able to follow various events live, from the scores of sports matches in real time to the progress of their deliveries. Everything will also work on the lock screen to always keep an eye on the news.

The Photos application is also entitled to a small improvement. With the update, it is now possible to share a common folder with up to five people, who will each be able to add, edit and delete photos.

Control all your connected objects with your iPhone

iOS 16.1 brings support for Matter, the connectivity standard that allows you to control all objects working with Apple HomeKit, Google Home or Amazon Alexa directly from your iPhone.

For those who use their iPhone to unlock their car, or even certain doors, iOS 16.1 will allow you to share these keys stored in your Maps application very easily: simply by seeing a message to your loved one.

With iOS 16.1, Apple’s fitness service no longer requires an Apple Watch to operate. The subscription still costs €10 per month, but the exercises will be accessible directly on the user’s iPhone. In fact, however, it will no longer be possible to view certain data, such as heart rate or the amount of calories burned.