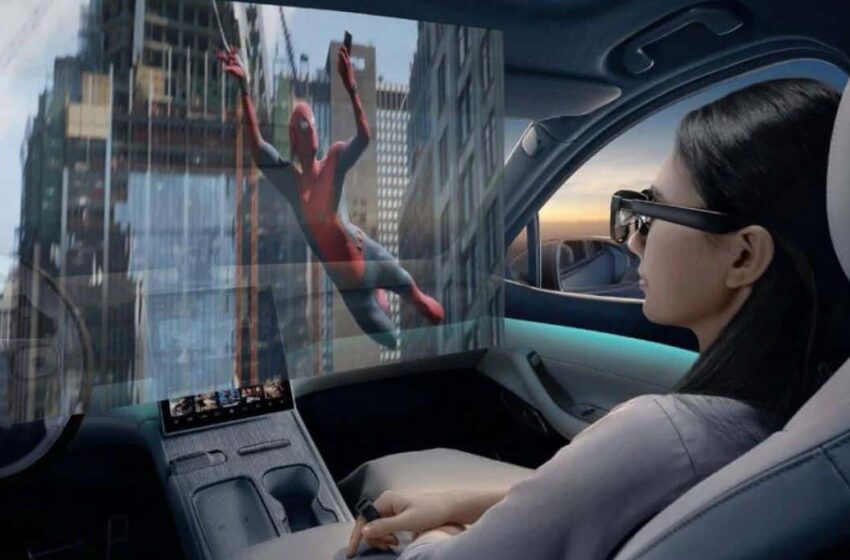 Watching a movie on a large display surface and with your car’s integrated audio system is Nio’s promise with the combination of its augmented reality glasses and its PanoCinema system.

Nio has just launched its Air AR Glasses, augmented reality glasses designed in partnership with Nreal, a company specializing in the development of this type of product. According to the brand of electric cars, these allow you to benefit from a cinema experience in your vehicle, with a display equivalent to a 130-inch screen viewed from four meters away.

Via its integrated entertainment system, Nio provides its customers with a library of 260 Dolby Atmos compatible films and 200 3D films. The brand plans to enrich it with new content regularly. Nio Air AR Glasses are only supported by PanoCinema, the manufacturer’s new augmented reality platform.

Augmented reality glasses and a ring as a controller

PanoCinema is available in Nio’s new car models, and can be integrated into the Nio ET7 and ES7 already sold via an upgrade, as these embed the NT 2.0 platform. Vehicles with only NT 1.0, such as the Nio ES8, ES6 and EC6, are not eligible for an update.

PanoCinema is driven by an accessory called Air Smart Ring. It was developed with the help of NOLO, a manufacturer of interactive augmented and virtual reality devices, and features a touchpad that allows the user to navigate the interface. It can be worn on the finger, like a ring, for more practicality.

Nio has opened sales for its Air AR Glasses, which are priced at 330 euros. For the first batch, the stock is limited to 500 units for the Nio ET7, ES7 and ET5, as well as 300 units for the ES8, ES6 and EC6. The Chinese automaker, based in Shanghai, is reportedly working on entering the French market in the months or years to come.