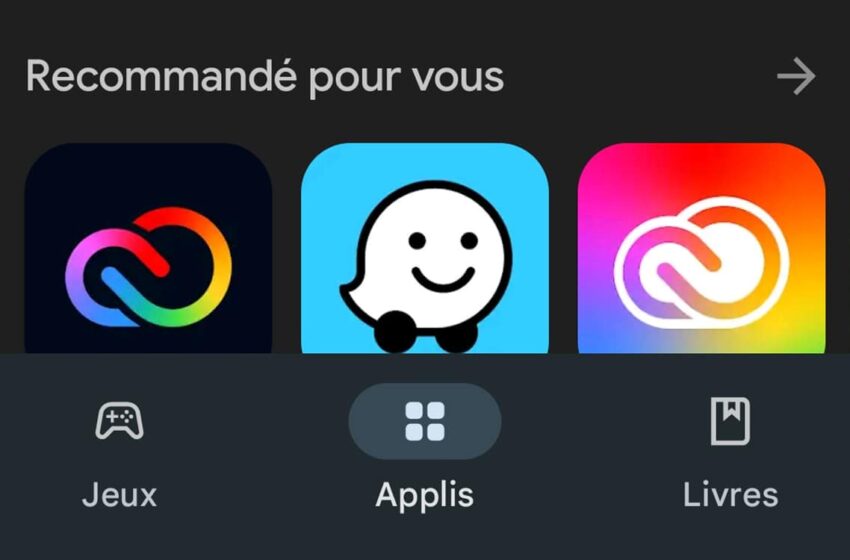 It had been two months since Google announced it, the Movies & TV tab is now gradually disappearing from the Play Store. The Mountain View company redirects its users to the Google TV application if they wish to download and rent audiovisual content. A change that may not please everyone.

The Play Store is undergoing a metamorphosis. Not really on the design side, which remains the same, but we feel that Google has been thinking for a few months about its primary usefulness, but above all its place within its ecosystem. Indeed, while the firm is now looking to push its TV offer, especially with Google TV, the tab dedicated to films and series from the Play Store seems too much. In any case, it is obviously the opinion of the manufacturer.

At the end of March, Google announced the end of the Movies and TV tab. The end has come, as some users can already see. Indeed, the tab has already disappeared for many of them, leaving only the Games, Apps and Books tabs, as shown in the screenshot above. At this stage, it is still difficult to predict Google’s plans for this new vacant space.

The Movies & TV tab of the Google Play Store, it’s over

Indeed, if one could believe that the Play Store will now be satisfied with these three tabs, some users have seen a fourth tab called “Play Pass”, which corresponds to the subscription offered by Google for its platform. The latter could be another name for the “Offers” tab that appeared last November on some Android smartphones. It includes, among other things, as its name suggests, promotions for games and applications.

Anyway, Google very clearly wants to highlight its Google TV application for all audiovisual content, as evidenced by its recent update. Some will not fail to point out their disappointment at no longer benefiting from a single platform to download all their content. The latter can still take advantage of the tab on the web version of the Play Store, pending its inevitable disappearance.