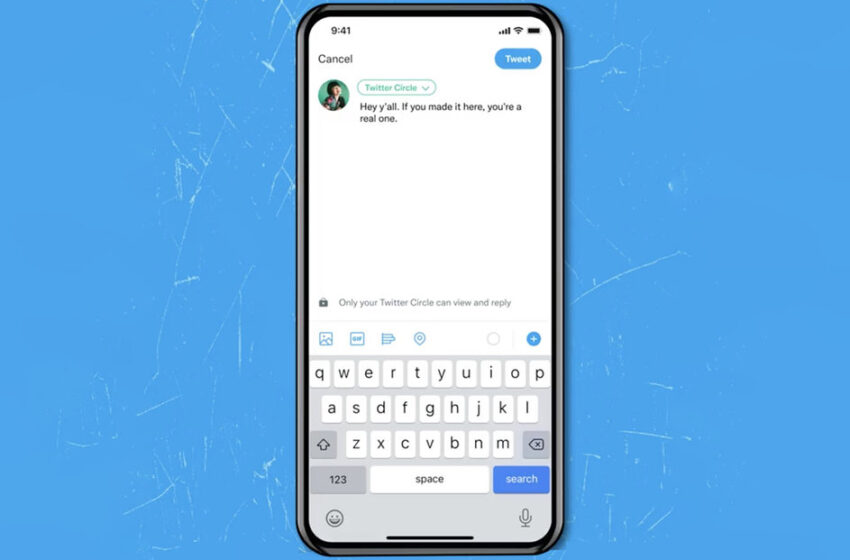 (Pocket-lint) – Despite all the chaos surrounding Twitter at the moment, the company is still carrying out product testing. For example, the company announced a limited test for a new feature called Twitter Circle.

Twitter Circle allows you to add up to 150 people to a circle, whether they are followers or non-followers. Then, when you want to send a tweet without sharing it with everyone, you can dive into the Choose Audience menu and choose Twitter Circle instead of Everyone while composing your tweet. The ability to limit who sees your posts has long been available on other social networks, including Facebook. This is actually a privacy feature. It allows members of your circle to see the tweets you post, but it also prevents members of your circle from retweeting your tweets.

Some tweets are for everyone, and some are for people you choose.

We’re currently testing Twitter Circle, which lets you add up to 150 people who can see your Tweets when you want to share with a smaller audience.

Some of you can create your own Twitter circle starting today! pic.twitter.com/nLaTG8qctp-

People in your circle can always screenshot your tweet, of course, and share it elsewhere. So please keep that in mind if you want to try out Twitter Circle. This feature has been in development for at least the last year, but back then it was called “Trusted Friends” or “Flock” and other brands. Now it’s Twitter Circle, and right now you can only create one circle, and only the person creating it can see who’s in it. If you’re in a circle, you can’t opt ​​out of it, but you can always mute a tweet or thread if you don’t want to see it.

By Pocket-lint International Promotion
·
4 May 2022