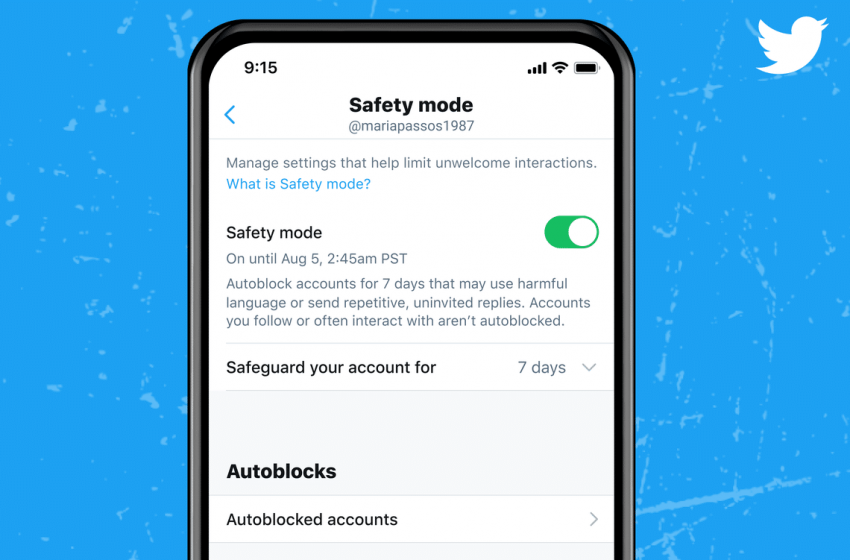 Twitter has announced the implementation of a new feature called Safety Mode. It will automatically block trolls to provide a healthy discussion space. This novelty has not yet been implemented, since it is currently in the testing phase with a handful of users.

Social media expose us all to trolls, stalkers, or disreputable people. On Twitter, virtually anyone can interact with anyone (excluding locked or blocked accounts). The Californian platform wants to strike hard to fight against toxic exchanges with a new feature: Safety Mode.

This Safety mode must be activated in the parameters and will therefore not be used by default. It allows to block automatically and for seven days the accounts of trolls so that they do not disrupt your exchanges. For Twitter, the targeted accounts are those using “offensive language such as slurs or hate speech” or those “sending repeated messages in replies to tweets or mentions.” Once the safety mode is activated, you will therefore theoretically not realize the people you block for a week.

Of course, there are limits. Thus, the accounts that you follow or who follow you cannot be blocked in this way, the same goes for people you don’t follow but with whom you interact on a regular basis. When you activate Safety Mode, reports will be sent to you every seven days showing you what happened and how many accounts have been blocked. It will be possible to adjust the time spent in this mode, depending on whether you want to protect yourself temporarily or permanently.

Twitter specifies that this feature is not yet final and that there could be small things to improve. The platform therefore relies on beta testers for that. For the moment, only a handful of users can already activate Safety mode on the web version, but also on Android and iOS. To take advantage of it, you must also use Twitter in English.

A new feature that seeks to limit harassment, one of the biggest problems on the network for years. At the same time, it is evolving greatly at the moment, especially with the arrival of paid features.